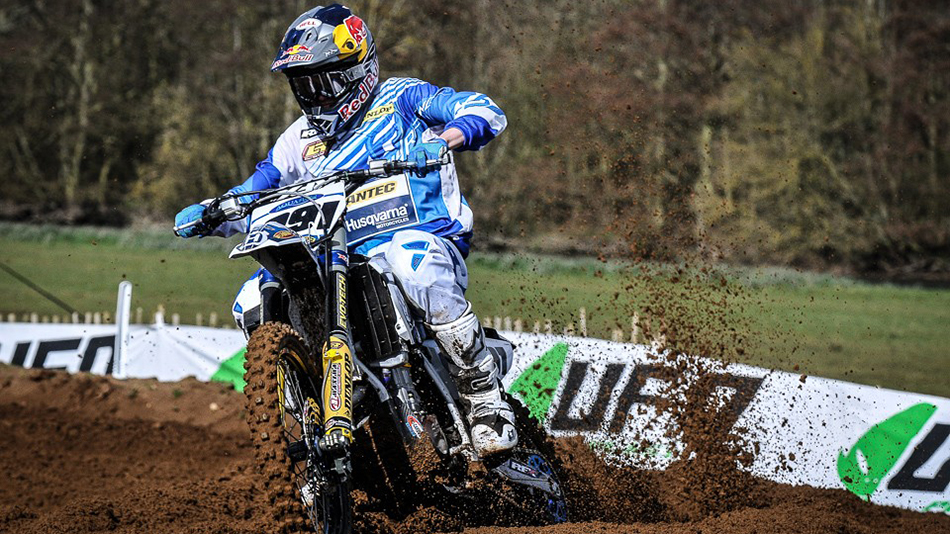 It has been a hot-topic of discussion for many weeks, but finally, after a lot of hype and anticipation, the first round of the all-new MX Nationals took place this past weekend at the sandy track of Culham. When the sun was setting on the action, it seemed like everyone was talking about how gnarly the track was, but some guys thrived in the tough conditions.

Nathan Watson: The two Watson brothers have always been considered sand specialists, and the results support this. So, with that in mind, is was not really surprising to see Nathan Watson fighting for the victory at Culham. After all, the tough, rutted tracks are where he thrives! His starts were instrumental in his success this past weekend; he was up front immediately in all-three races. Now, this might seem peculiar, as starts were his downfall just one week ago, but Nathan worked on that area with his team in the week prior to round one, and made some crucial changes.

It is worth noting that this is the first time that Nathan Watson has led a championship of this calibre, and, as we know, the red plate can seem very heavy sometimes. So, it will be interesting to see how he handles the situation at FatCat in a couple of weeks time. However, whatever happens the rest of the year, Watson will always have a place in history as the first winner of an MX Nationals round.

Elliott Banks-Browne: At Landrake, Elliott Banks-Browne complained that he struggled with arm-pump; this hindered him, evidently. Thankfully, the problem was rectified before the first round of the MX Nationals – EBB was competitive on both days, and took his first outdoor win on a Buildbase Honda. Unfortunately, a small crash in the second race halted his challenge for the overall victory, but a victory in moto three helped him draw closer to Watson in the points standings – he is just ten points back.

Gert Krestinov: In the pro class, it was all about Watson, Banks-Browne and [Kristian] Whatley all weekend. However, in reality, Gert was more than capable of joining that elite group, but bad starts marred his results. In the three motos, he had to work his way up from the cusp of the top twenty more often than not, so his finishes (two fourths and a fifth) really were impressive. Of course, it is not surprising that he thrived as conditions deteriorated – he has won a GP at Lommel, in the past! Krestinov was rewarded third overall for his efforts, but it could have been so much more.

Steven Lenoir: Overall, it may not seem like Steven Lenoir had a good day at Culham. But, in reality, he had a great day – the overall result just doesn’t reflect it. Unfortunately, an incident with another rider caused a mechanical failure in race two, which hindered him in the final classification. But, in the other two motos, he was undoubtedly the strongest rider in the MX2 class, as he had no problem mixing it up with the MX1 guys at the front. In fact, he almost passed Nathan in race three, despite the fact that he started at the back of the top ten. Maybe the MX2 riders are not as doomed as some think in the mixed races?

Kristian Whatley: In 2013, Kristian Whatley managed to avoid all mechanical problems, and other freak issues. But, he was struck by a shock issue (reports suggest he was riding his practice bike on both days) before race two, so he is starting the MX Nationals title fight on the back foot. Strangely, when he returned for moto three, he dropped back, which may be a result of his lack of track time on that day. With so many classes, the track changed rapidly.

Interestingly, Kristian sustained an injury at Landrake, as a rock shattered the end of his finger. Now, it is unknown how much this hinders him, but you have to think that it makes it tough for him on a track as rugged as Culham. The new MX Nationals series has a unique points structure, so it will be intriguing to see whether this helps or hinders him when he is trying to make up ground on the leaders.

Shane Carless: Honestly, it was a pretty awful day for Shane Carless, as he really struggled at round one. Obviously, the DNF that he had in moto one hurt him in the overall classification, but aside from that he was not up front all day. In race two he finished in a lowly nineteenth, after starting on the edge of the top thirty! So with that in mind, it was an okay ride, but he still should have moved forward a little more than he did, in my opinion. A fifteenth in the third race was definitely the best ride that he had all weekend, as he again started at the back. But, still, he needs to be much, much stronger!

Brad Anderson: Unfortunately, Brad Anderson did not have much luck at Culham, as an eighth in the first moto was the highlight of his weekend. Following a strong performance at Landrake, I was expecting him to come out swinging at round one of the MX Nationals. However, it was just one of those weekends where nothing fell into place. With this in mind, and considering the incidents he ran into in the final two motos, the points that he left round one with were quite good.

Priit Rätsep: It has really been a disastrous start for the Oakleaf Kawasaki team, as their riders were twenty-eighth and thirtieth overall at Culham. Ratsep was actually faster than his overall result may indicate, as a sixth and an eighth in the first two motos were solid results. However, a DNF in race three dropped him down the order. This is certainly a positive for the team. Although, judging by what Shaun Anthony, the Oakleaf Kawasaki team manager, had to say following the race, he expects much, much more. Shane and Priit are going to need to step it up as soon as possible!