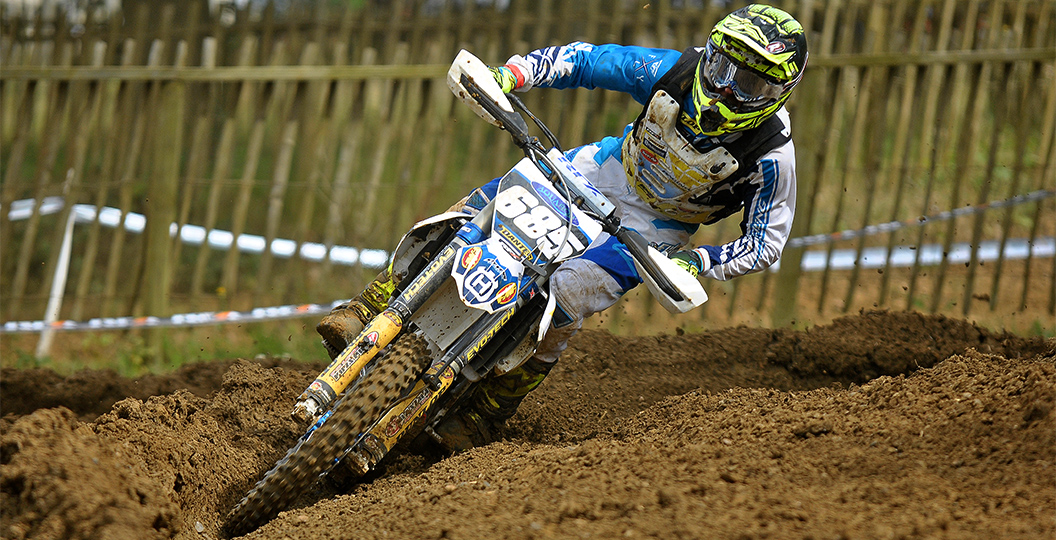 Steven Lenoir: There were a handful of riders that had great days at Canada Heights; Kristian Whatley won two classes and Brad Anderson challenged for the win in every race. However, it was Steven Lenoir that impressed me the most, as he battled it out with the MX1 guys in every moto whilst on his way to three commanding MX2 wins. Despite the fact that it was an uphill start, he had three great starts against the bigger bikes too, which obviously helped him. The last race was perhaps his greatest, as he moved as high as second at one point, passing the MX1 title contenders in the process. The Dantec Husqvarna UK rider was on top form, but unfortunately he will be overlooked, because of the mixed races.

Kristian Whatley: I think it is fair to say that 2014 has not been a great season for Kristian Whatley. It hasn’t been bad; he just hasn’t had the same success that he had last year. Anyway, he took his first overall win of the year at Canada Heights and inched closer to Nathan Watson in the series standings. Honestly, he was clearly the fastest rider all weekend, although it did seem that he got a bit tired in the last race. He just did not have the same level of intensity, which is to be expected, as he rode the two-stroke class too (which he obviously won). With two of the last three rounds being held on hard-pack, this title fight may not be over yet.

Brad Anderson: Brad has been very hot and cold thus far this year, but he thrived again this past weekend – hard-pack is seemingly where he shines. Although he came up just short of the win, he gained some valuable points in the standings, as he now sits third. The Buildbase Honda rider could have won moto two, as he led for a majority of the laps. However, he did seem to tire a bit, as his lap times consistently increased as the laps wore down. He was back to best in moto three though, and dominated.

Bryan Mackenzie: If you had asked me after qualifying whom I thought was going to win the MX2 class, I definitely would have said Bryan Mackenzie. The Pendrich Kawasaki rider was extremely impressive, but he just could not beat Lenoir. The times indicate that Steven was the faster rider, although that could have been different had Mackenzie got better starts. It is no surprise that the 250F guys detest the mixed races – their results depend on what starts they get. Although he only gained a little ground on Bradshaw in the standings, I think he has more momentum on his side now.


Graeme Irwin: Like Mackenzie, Graeme Irwin caught my eye during the qualifying sessions, as he was on fire! Although he is still dealing with some injuries (which I am sure hindered him as the track conditions deteriorated), he was the only one that I saw attempting to double-triple the whoops along the bottom in practice. However, in the races that intensity had disappeared and we didn’t really see him up front. When it was all said and done, he ended up fourth overall, which I was actually surprised by. With the MX2 guys out there, it seemed like he was further down, but that obviously skewed my judgement somewhat. So, it wasn’t a bad day for Irwin, although I would have tipped him for much more.

Missing Riders: Unfortunately, the MX Nationals struggled with entries again this weekend, due to clashes. The fact that a handful of big names were over in Lommel to finish their EMX2 campaign is understandable. However, it is slightly odd that some riders and teams simply decided to push everything they have worked for over the first four rounds to one side and head to Lommel to fill a wildcard slot. It certainly hasn’t helped the championship, and doesn’t look good on British motocross. The next round does not clash with any other notable series, so it’ll be most interesting to see how different the starting gate looks.

Shane Carless: Unfortunately, Shane Carless is fighting a hand injury at the moment, which is limiting what he can do each weekend. However, full credit to him, he went out there and pushed through the pain on a track that was gnarly by the end of the weekend. With the schedule ramping up in the coming weeks, Shane won’t have much time to let the problem heal, but hopefully he can post some noteworthy finishes and end the season on a high.