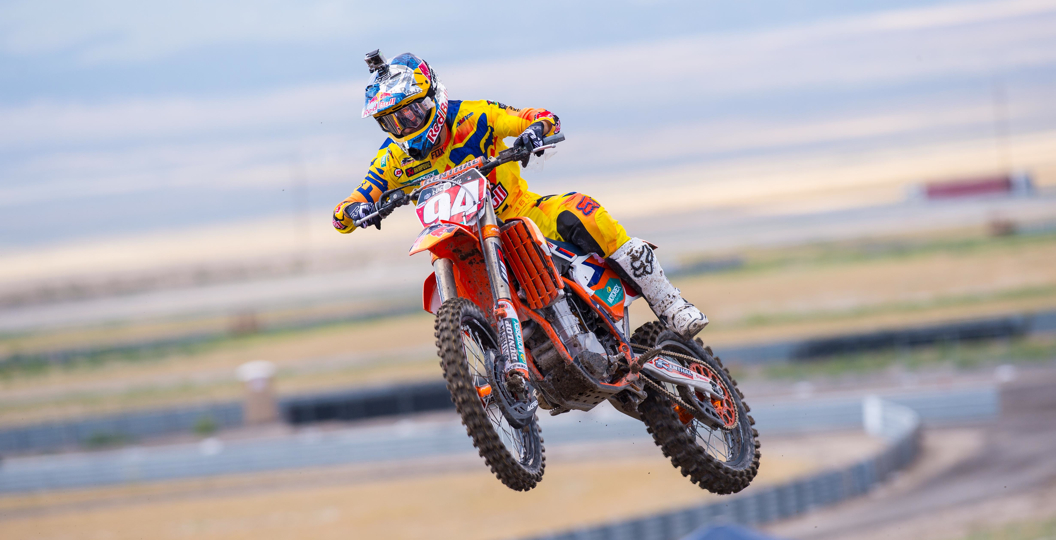 With no real noteworthy pro racing taking place this past weekend, now seems like a great time to reflect on the Lucas Oil Pro Motocross series that recently wrapped up. We’re jumping at that opportunity, so here is a look back at a few of the riders that either had a good year or bad one in the premier 450MX class.

Ken Roczen: If you think back to the beginning of the season, you probably didn’t have Kenny tipped to win the 450MX title, and understandably so. It was his rookie term on a 450F and he was going up against Ryan Dungey, the rider that is a model of both speed and consistency. However, following the first two rounds it was quite clear that the German was a step above the rest. Although it was initially surprising that Kenny was so superior, he has shown in his short but successful career that he can adapt extremely quickly, and of course his speed in his maiden 450F ride at the 2012 German GP was a testament to his potential.

Although a slump towards the end threatened to cost him the title, he thrived in the mud of Indiana whilst others faltered, and as a result entered the finale with a comfortable points lead, although he wasn’t invincible. Despite the fact that he didn’t need to go all out, he attempted to push for a win early on at Utah before backing it down to secure the number one plate. Sure, Ryan Dungey was faster at times, but make no mistake about it; Kenny is the deserving champion.

Trey Canard: I know what you’re thinking, why has he missed out Ryan Dungey? Although Dungey had a successful campaign, I’m certain that we will not look back on his season as one of his ‘hot’ ones. So, for that reason, step forward Trey Canard! Prior to this season, we had no evidence to suggest that Trey would be able to challenge the Red Bull KTM pair, and he was just a tick off whilst collecting countless podium finishes early on.

However, he stepped it up towards the end and, aided by his KYB suspension, Trey collected four of the last six-moto wins. This changed the way that we will look back on his season completely; after all, you’re only as good as your last race. Following some seasons that were plagued by injury, the fact that Trey got a full season under his belt and many consistent results is surely positive moving forward.

Brett Metcalfe: Brett Metcalfe undoubtedly belongs in the USA; his result in the 450MX class this year is a testament to that. Most have forgotten that he was actually a fill-in rider on the Monster Energy Kawasaki squad – he didn’t have too much time on the bike before the opening round, although he was preparing on a Kawasaki for the Canadian series, so the transition was relatively seamless. Although Brett had very few flashes of brilliance, he was the most consistent rider behind the top three, which is what we have come to expect. Despite this strong showing, it seems he could be making a return to Canada in ’15.

Eli Tomac: On paper a fifth for Eli Tomac seems lacklustre, but let’s not forget that he missed the first four rounds and truthfully, he should have stolen fourth from Metcalfe. Although he won less, I would argue that Eli proved to be slightly faster than Canard and on pace with the top two. Although that raw speed seemed to evaporate at the last three rounds, it is certainly promising for the future – I expect him to be a title contender indoors and out from this point onwards. Consistency is certainly a slight issue that he needs to overcome, in order to achieve the success that he is tipped for.

Chad Reed: Well, it was another disappointing season for Chad Reed, as various health issues hindered him and stopped him from performing like the Chad that we know and love. Although I’m sure that he would have loved to pack it up at times, he kept at it (although he didn’t have much say in the matter due to sponsor obligations) and ended eleventh in the standings, sandwiched between Fredrik Noren and Ben Lamay. Will Chad get back to where he was in supercross? It is more than likely – we have learnt not to count him out.

Jake Weimer: Although Jake Weimer lost a chunk of time this year through injury, he didn’t impress at any point when out on-track. However, he is better than that, despite the fact that most seem to have forgotten that. After starting the season with three top ten moto finishes, his year unravelled and he didn’t return to the top ten, which is obviously not what he expects from himself. If Weimer can get some momentum behind him, I honestly believe that he could (and should) be pushing for a spot in the top five. It seems that he will have a lot less support in 2015, so it will be even more difficult for him to get back to where he once was.

Matt Goerke: Like a handful of riders, Matt Goerke is right on the bubble between finding a ride for the following year and having to look for an alternative option. Unfortunately, following a less than stellar 2014 season, it seems he will be moving onto pastures new in 2015. Matt was a revelation of the 2013 season, as he was consistently edging closer to the top five. However, he has unfortunately had to deal with an influx of injuries this year, which has kept him outside of the top ten for the most part. A sixth in a moto in Indiana was a highlight, as he excelled in the sloppy conditions to remind everyone what he is capable of. It just wasn’t enough though.

James Stewart: I just cannot ignore the season that James Stewart had. After a lacklustre start at the first three rounds, Stewart rebounded at High Point and then the wheels fell off after that. Honestly, I think that is the best way to put it. Following High Point he went 5-11-DNF-12-5-DNF-7-DNF and then he didn’t start again following that final DNF. Was his downfall a direct result of the WADA controversy? You have to think so, but whether it is because he stopped taking the banned substance or not remains to be seen.

At Millville he felt dizzy, and then he didn’t return again after that, as he was attempting to recover from this dizziness. Obviously that is quite bizarre, and it isn’t unreasonable to think that may not be the truth. However, we’ll never know because his camp has been so secretive, so we are just left to presume. Will he get back to the front of the pack? Will he return at all? What turn will this illegal substance controversy take next? Will James’ sponsors stick by him? There are many questions surrounding his current situation, and it seems that we are no closer to getting any answers.