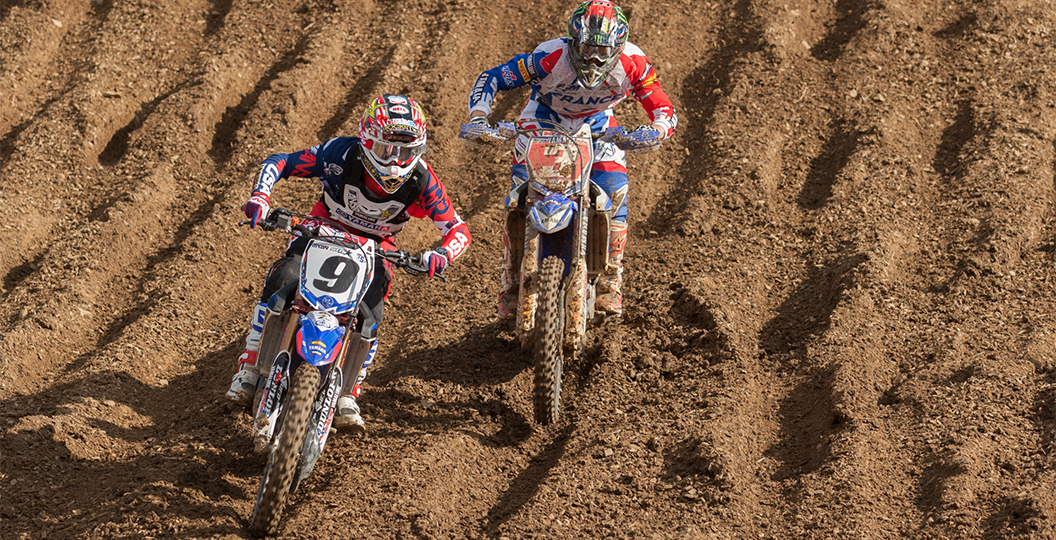 Hot and Cold: Motocross of Nations

Team France: They did it! Rarely does a team other than Team USA enter the Motocross of Nations with the pressure of being the favourites, but that is the situation that the French found themselves in this past weekend. That feeling was intensified too, with the thousands and thousands of French fans in attendance. In the end Sunday was perhaps a little closer than most thought, considering how dominant the home team was on day one (winning all three of their qualifying heats), but they got the job done. Their points total, a fourteen, could have been even lower too had Paulin and Musquin not crashed in moto one; some people overlook that.

Marvin and Romain did exactly what was required of them; they both won their respective classes and went above and beyond. The former hasn’t been too good at the MXoN in the past, so rebounded nicely in front of his home fans and in his last 250F race. He could have won the first moto outright, had it not been for a crash! He actually had the fastest lap in that particular race, which is a testament to the speed he possessed.

Gautier Paulin, on the other hand, was undoubtedly the weak link, which is a bit weird considering how dominant he was at the event one year ago. That perhaps shows just how ‘different’ he has been since joining the HRC team. He never gave up though and did just enough to ensure his nation came out on top. The French were one hundred percent deserving of their victory and appear to be the ones to beat in this new era.

Team USA: I honestly think that everyone massively underestimated the American team. They were great all weekend and, had it not been for one or two mistakes, they could have won for the first time since 2011. They walked away with sixteen points at the end of the day, which would have been good enough to win in 2014, 2013, 2012, 2011, 2010, 2009, 2008 and 2004. You get the point, right? There is nothing wrong with how any of the three riders rode.

Barcia always rises to the occasion at the Motocross of Nations, no matter whether he is bouncing through the deep sand of Lommel or carving his way around the Ernée hillside. His win in the opening moto marked the first time an American has won a race since 2011, so that shouldn’t be overlooked; it is quite the achievement. Some were critical of Martin’s rides, but I don’t think you can expect much more than a 5-5 out of your 250F rider – he didn’t have the best of starts too. Webb challenged the MXGP world champion too, so did his bit. The USA were great; France were just better.

Team Australia: Coming into the event, the Australian team was perhaps not as strong as they should have been. Jay Wilson crashed whilst practicing in Europe, so Luke Clout was drafted in at the last minute to fill the MX2 spot. Clout has experience at the event and certainly isn’t a bad rider, so I feel like the team should have finished higher than seventh. They were certainly capable of claiming a spot in the top five, if not a podium finish.

Todd Waters didn’t finish in the top ten in either of his two motos though, nor did Dean Ferris. Crashes and a lot of bad luck contributed to that, but they really should have carried the team; instead they floundered. This was perhaps the team’s best shot at finishing on the podium in some time, as even with the issues they were only twenty-one points down on Belgium in third in the end.

Team Italy: The Italian team was nowhere near as strong as it could have been, so expecting a result similar to what they have achieved in the past would have been ridiculous. However, the three riders still showed potential at times across the weekend; something that they unfortunately failed to translate into results. Ivo Monticelli, for instance, was fifth fastest in MXGP free practice on Saturday!