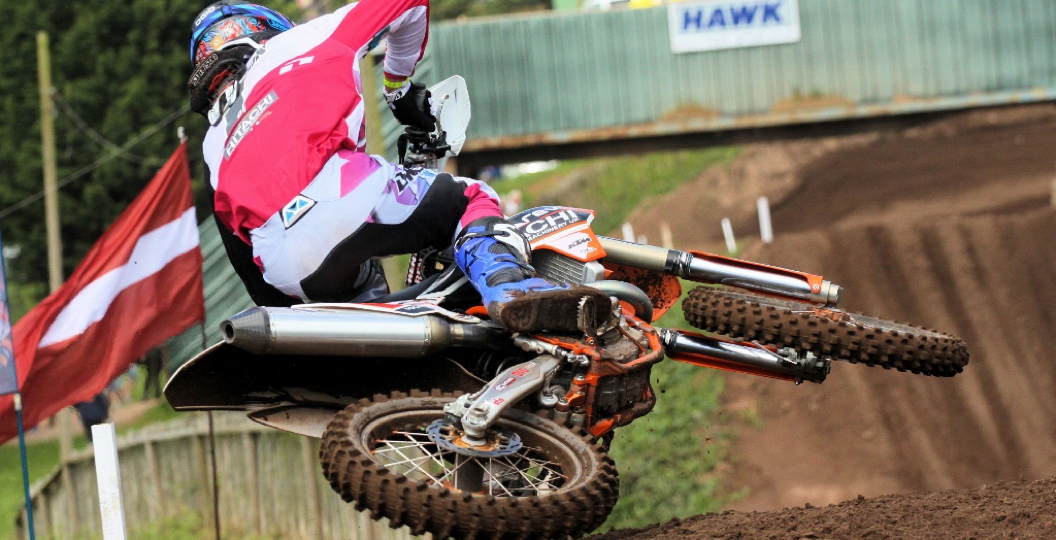 Once you hit the middle of a season, some of the excitement starts to fade. However, the inclusion of Jeffrey Herlings and a resurgent Steven Frossard ensured that that wasn’t the case this past weekend. Hawkstone Park was the site of one of the best Maxxis British Championship rounds in a little while…

Steven Frossard: Turbulent may be the best way to describe Steven Frossard’s season – honestly there have been few highs. Those around him must have a spring in their step now, however, as he showed a glimmer of hope this past weekend. In fact, it was much more than just a glimmer. The Frenchman was just as good as Simpson, although ultimately came up just short in the fight for the overall victory. It was much, much, much better than what we have seen thus far.

A switch to the bigger 450F could be pointed to as the reason for the transformation, perhaps? He was on it at the French GP, but hadn’t had too much time to prepare. If he can build on the knowledge and confidence gained on the bike thus far, he could start to look at battling on the cusp of the top five in MXGP. That is where he should be anyway – he’s Steven Frossard!

Shaun Simpson: The moto win streak is over, which is a real shame, but Shaun still took the overall on what you could label an ‘off day’. Rarely do we see the Scotsman make too many mistakes, but he had more than a few incidents in the first two races. You may have seen the video on our social media pages, but in the first moto he came really close to having a huge crash. He somehow saved it, but if he hadn’t it could have been very costly.

Shaun alluded to the fact that he was struggling with set-up in those first two motos, so the fact he still recovered to win moto one after a few mistakes shows that he is, in fact, still on another level when it comes to the domestic scene.

Jeffrey Herlings: Shocking, right? Jeffrey came, saw and conquered – we didn’t expect it to go differently. Herlings actually impacted the amount of points that Anstie could gain on Lenoir. By stopping Anstie from winning the three motos, he only made up eight points on the day. Had he [Max] won all three motos, he would have made up eleven. Anyway, having Jeffrey at the race was great for the series; there was certainly more interest.

MX1 Entries: The MX1 class was a little low on numbers this week, oddly. Just twenty-nine riders took to the track for the qualifying session at the start of the day, which is considerably less than what we have seen thus far this year. Although no round has featured a full line-up, there are usually much more than thirty riders. What can we attribute it to? Well injuries obviously played a role, as we were missing riders like Whatley, Nicholls, Banks-Browne and Tombs, to name a few. However, there are always injuries – it should be better.

The Veterans: At what point do we need to look at whether the Vets have a place at the Maxxis British Championship? When the class was first introduced, it was obviously hoped that it would attract some of the top riders from the past. That hasn’t exactly worked out as planned, however. There are good riders out there, but it just isn’t at the elite level that we should see at the British Championship – it’s the pinnacle of the sport in the UK. There is seemingly not much interest in it from the fans too.

Harri Kullas: I hate to put Kullas here again, and it should be noted that his poor finishes at Hawkstone were not his fault. However, on paper, it was another awful day for the Heads & All Threads Suzuki rider. He has actually improved in recent weeks, but just couldn’t build on that this past weekend as he went DNF-10-DNS. The DNF was due to a damaged water pump, and then an electrical issue stopped him from starting moto three.