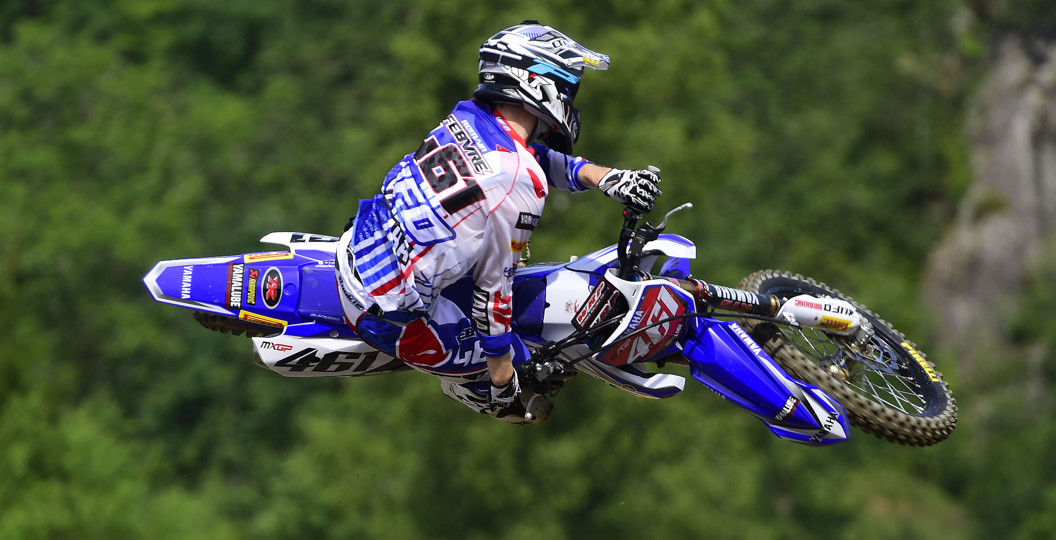 Hot and Cold: GP of Sweden

Romain Febvre: Whether a rider as inexperienced as Romain Febvre would be able to thrive under the pressure of being the MXGP series leader was questionable heading into the weekend, although the fact that he managed to beat previous personal bests means that is no longer the case. It is hard to fault his programme currently, although his prowess on the bigger bike will really be put to the test as we head into the sand in the coming weeks. He isn’t even in a ‘must win’ situation each week now, with a thirty-nine-point lead to his name, which should relieve some pressure. This weekend could be a defining moment, as it may be his last chance to gain a considerable amount of points on a conservative Antonio Cairoli.

Kevin Strjibos: Whilst listening to Strijbos in the post-race press conference and thinking about his podium streak, which now sits at three, it dawned on me that this shouldn’t be surprising in the slightest. He was a revelation pre-season, but unfortunately his never really got going once the MXGP series commenced. What we are seeing now is what we expected – it’s certainly the best we have seen him in a while. He’ll win one of these things before the end of the year. If he does it would, amazingly, be his first overall since the 2007 finale.

Tim Gajser: Gajser and Febvre share various similarities, except Tim was perhaps expected to be in this position. The Gariboldi Honda rider has won three consecutive GPs now, and looks set to separate himself from ‘the rest’. He now has a bit of an advantage in what was once a tight battle for second in the championship, and must start looking towards the title with Herlings’ struggles. He is still going to need some help, as the gap sits at seventy-eight, but if he were to gain fifty this weekend (should Jeffrey sit out) it could become a realistic goal. How much crazier can this series get?

Vsevolod Brylyakov: I never imagined I would be putting this name under hot, but the Russian has been somewhat of a revelation in recent weeks. He hasn’t quite broken through and grabbed headlines, but his Swedish ride was certainly a step in the right direction and a massive improvement. He had only finished in the top ten in one moto this year, and that was a ninth, so his pair of fifths came out of nowhere. I’m excited to see how he develops in the coming weeks though, because there is certainly something there…

Gautier Paulin: Another disappointing performance for Gautier, at a time when he should be thriving. A fifth and a tenth (the latter coming after a small fall) doesn’t resemble what he is capable of, as we all know, and perhaps the way the circuits are developing is to blame for this in part. The Frenchman is more unpredictable than ever. I wouldn’t be surprised if he wins in Latvia (the sand is where he claimed his sole win of 2015), but at the same time a result similar to this wouldn’t be too shocking either.

Evgeny Bobryshev: Bobby is on the verge of returning to the top step of the podium, but first he needs an incident-free weekend. He’s had his fair share of bad luck in recent years, and the fact that he is lining up each week is an achievement in itself. A clutch issue ruled him out of moto one, and then a lacklustre start left him fighting outside of the top five in the second encounter. Once he gets some positive momentum behind him, I feel like he’ll become a consistent force and perhaps take the lead role beneath the HRC tent.

Jeffrey Herlings: I’m baffled, I really am. How does this keep happening to the man who could quite easily go undefeated if he would just stay upright? The Teutschenthal crash was his fault and a result of his poor judgement, but there was nothing he could have necessarily done differently to avoid falling this past weekend. He hasn’t scored points in four of the motos run this year, despite the fact we’ve only just crossed the halfway mark, which is unusual for a rider of his stature.

Thomas Covington: Amazingly this was the first time that Covington has scored points since Matterley Basin – various issues have caused that, namely a wrist injury in Germany. A thirteenth and a seventeenth were steps in the right direction, although I can’t help but feel he should be having more highs at this point. In a team statement he mentioned that he needs to spend more time on European tracks; time will undoubtedly help him grow as a rider. How long will it take though?