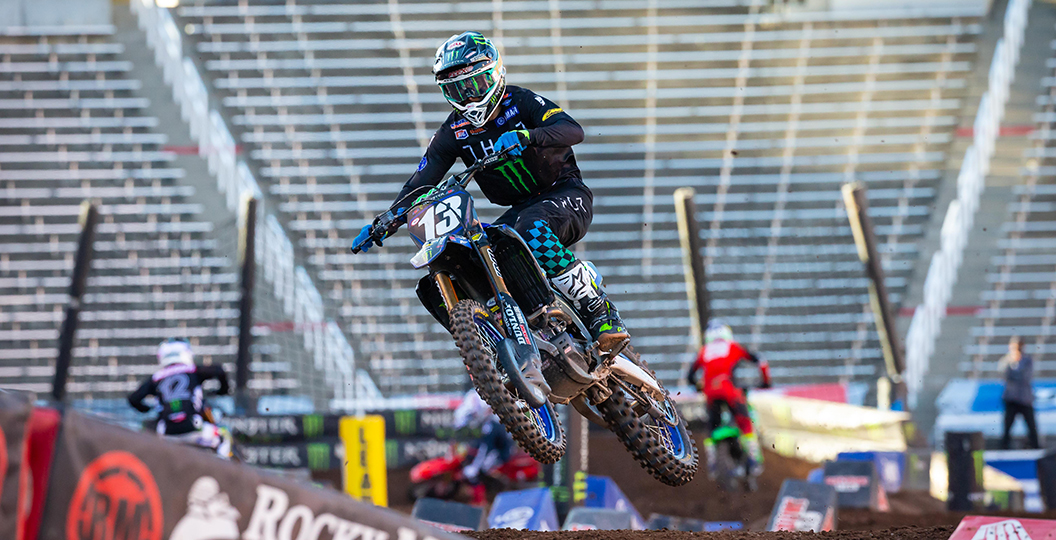 One would think that having six races in the same stadium would become monotonous, but Salt Lake City continues to deliver whenever possible. The penultimate round of 2020 Monster Energy Supercross, run on Wednesday evening, played host to some incredible battles in the 450SX and 250SX East classes. Eli Tomac did not quite clinch the premier-class title like he wanted to, but it was not through a lack of trying. That effort created a main event that will be referenced for years.

The 250SX East division, which is struggling with depth as the championship winds down, even delivered, as Chase Sexton arguably had the greatest race of his career. Sexton moved past Shane McElrath fairly swiftly, and made a statement heading into the finale on Sunday. Six points is the gap between those at the top of the east-coast table. Anyway, highlights from the races at Salt Lake City 6 are available below.