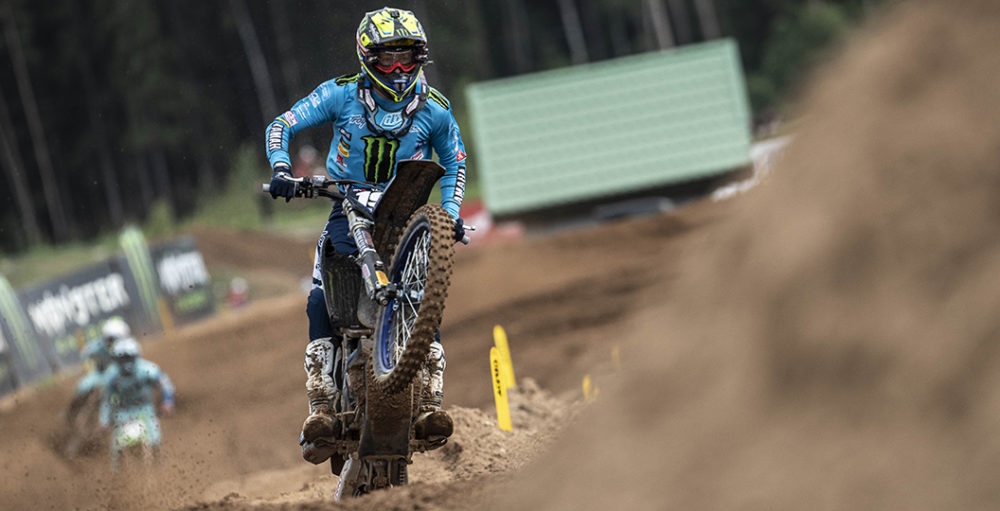 The Latvian triple header came to a close over the weekend – the fifth round of the 2020 FIM Motocross World Championship was run at the same Kegums track that hosted rounds three and four. The Grand Prix of Kegums, as it was officially dubbed, could end up being looked back on as a pivotal point in the fight for the premier-class title. Tim Gajser failed to score points in moto two and therefore Jeffrey Herlings is now sat on a very comfortable championship lead. 46 points is the difference at the top now. If you want to catch up on how that happened, look through the video below.