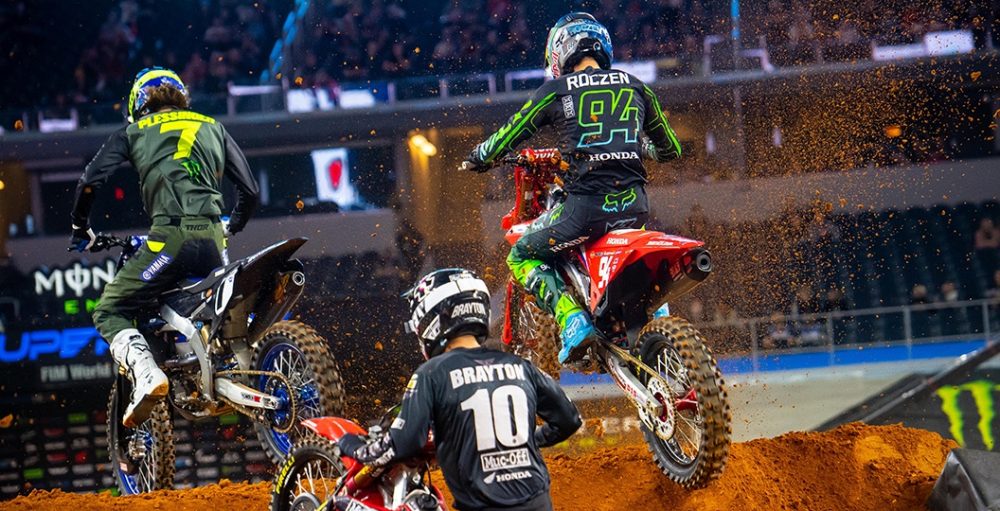 The tenth round of 2021 Monster Energy Supercross may go down as a defining moment in the campaign, as Cooper Webb really took control of the premier division. It was actually an uneventful race at the head of the field – chaos reigned further down the order though. Catch up on everything that happened inside of AT&T Stadium with the race highlights below. The 250SX West main was equally as entertaining, especially the last-lap battle between the two title candidates.