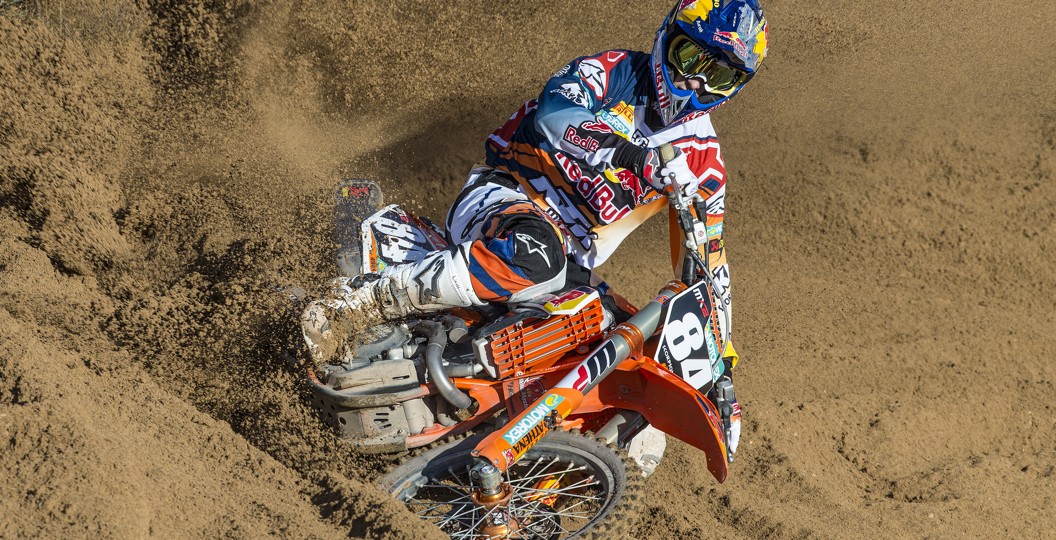 The much-anticipated Italian championship got underway today in the pre-season hotspot of Sardinia, a sand track. With that in my mind, it shouldn’t surprise you in the slightest that Jeffrey Herlings dominated the MX2 moto in his first race since breaking his femur in Loket. The Dutchman won the race over Michele Cervellin, surprisingly, by a whopping one minute and twenty seconds! Max Anstie finished third in his Husqvarna debut, after charging through the field.

Romain Febvre won the MX1 moto in a convincing fashion too, after passing early lead Tim Gajser at the halfway point. Jeremy van Horebeek eventually did the same to finish in the runner-up spot, with Evgeny Bobryshev, Max Nagl and Gautier Paulin rounding out the top five. Gajser dropped back to fifteenth, with suspected mechanical issues.

Following those motos, the top MX1 and MX2 riders competed against each other in a combined race labelled the ‘Elite’ class. Evgeny Bobryshev took the win in that one, but had to fight off the advances of Febvre as the Frenchman charged through the field. Jeffrey ended as the top MX2 rider in fourth.

We’ll have more from the event, including full results, soon.