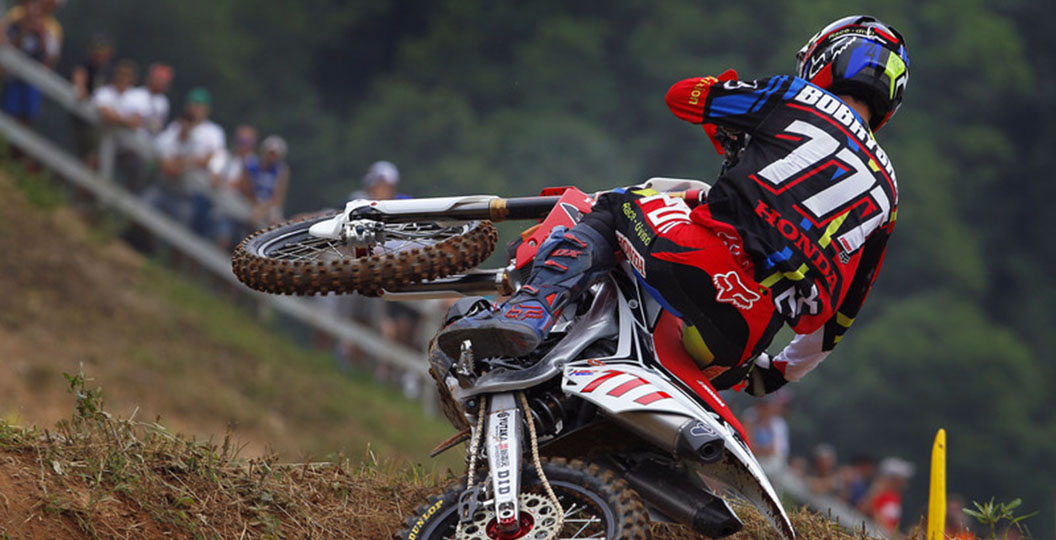 Having finished a strong fifth in today’s opening race, marking a return to the Bobryshev we’re all used to seeing, Evgeny suffered more heartbreak on the opening lap of the second race.

Just three corners from the start, he was forced to slow to avoid another bike mid-corner and as he did was struck from behind with his left leg taking the impact.

He was immediately stretchered by the track’s medical staff to the on-site medical centre and then transported to a medical facility nearby with a suspected broken left tibia and fibula.

Further updates on Bobryshev’s condition will follow as soon as they’re available.

“This is such a cruel blow for Bobby and the team, to receive such an injury through no fault of his own just as he was returning to peak condition and his performance was really showing again. For all the training and hard work we do, there’s just no way to avoid something like this happening so for all of us it’s so hard to accept.”