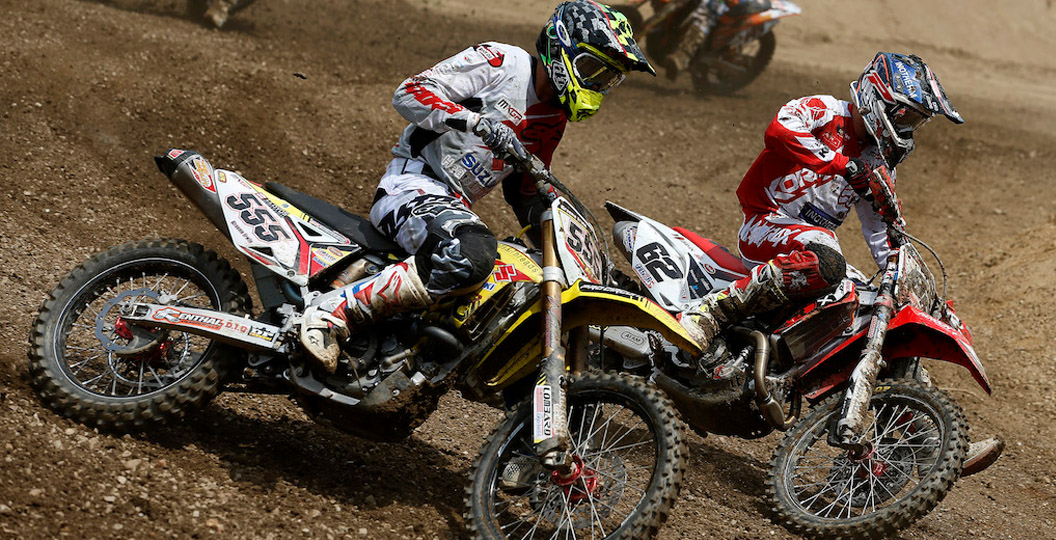 Heads and All Threads Suzuki eighteenth at Loket

The fourteenth round of the FIM Motocross World Championship ended successfully for Heads & All Threads with team rider Graeme Irwin ending the weekend eighteenth overall.

At the invitation of team head sponsor Heads & All Threads, the team had made its way to the legendary track in the west of the Czech Republic, where on Saturday, despite his knee injury, Irwin quickly established himself in the top twenty during free practice. In the subsequent timed practice session, which establishes the starting position for the qualifying race, Irwin moved up into the top fifteen. The qualifying race late on Saturday afternoon saw Irwin make even more improvements; after great start in eleventh, he defended his position well, ending his race in thirteenth place.

On Sunday, the warm-up session in the morning continued the trend with Irwin warming up with a good time. The first race, on the line at 2pm, saw Irwin off to a middling start. Although he quickly made his way into the top fifteen, he made a mistake half-way in that set him back several places. It took him the remainder of the race to recoup those losses, ending the race where he started, in seventeenth.

The second race again saw Irwin boxed in in the middle of the pack. He quickly made his way to the top fifteen, only to lose a place. Determined, Irwin soldiered on to recover his position, but with most of his rivals at similar speed, he was not able to make more progress, ending sixteenth for his eighteenth place overall on the day.

“We made our second trip this year to the world championship. Graeme scored both motos, which is awesome; he also showed good speed, so all in all it was a good weekend. All our thanks to Stuart and all at Heads and All Threads for making it happen!” — Neil Prince, Team Manager

“My qualifying went good; I managed to get a good start and moved up to thirteenth. In the first race I got a really bad start, so I worked my way to seventeenth, the second race I had another bad start, so I made it hard for myself again; this time I finished sixteenth. I rode really well all weekend and I had the pace for the top ten, but the start was key and that’s where I struggled.” — Graeme Irwin, MXGP #555