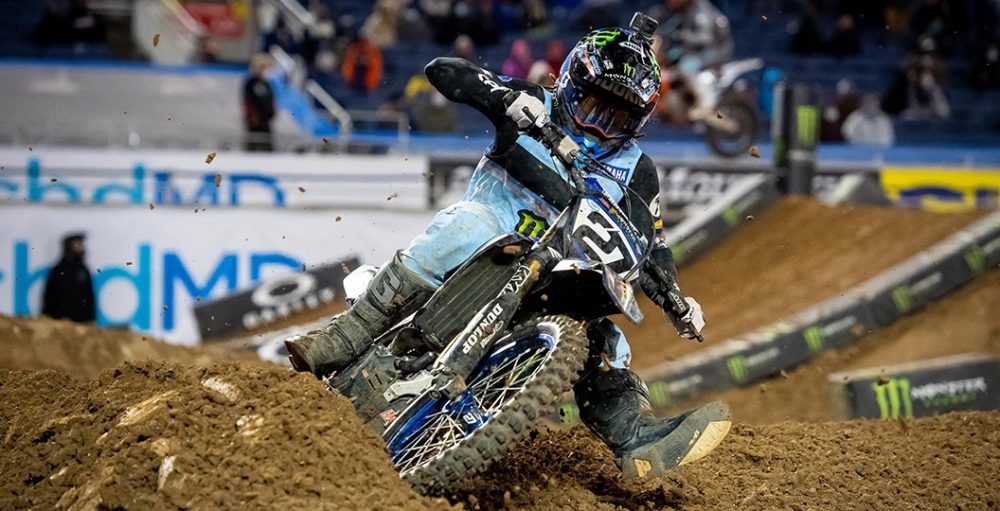 It’s taken an eternity, but the GoPro footage from round eight of 2021 Monster Energy Supercross has finally been released! There is only footage from Malcolm Stewart, seeing as Adam Cianciarulo crashed out, but that is thoroughly entertaining. Stewart described his race by saying that he “almost died out there a few times.” The video confirms that was indeed the case!