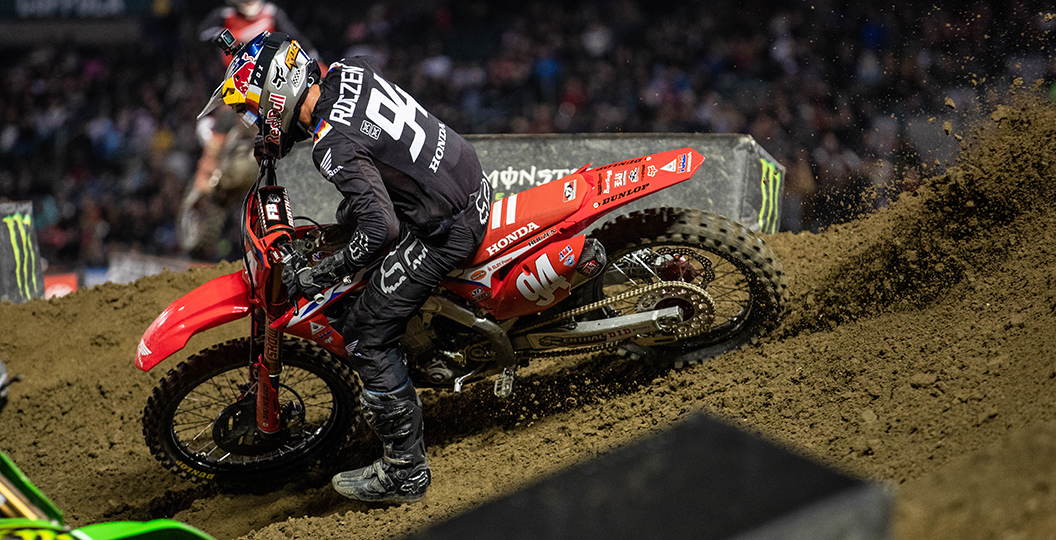 Adam Cianciarulo mentioned something quite funny in an MX Vice interview after Oakland. “I damn near whiskey-throttled off the three,” he said. “I almost quadded the thing into the corner before the finish line. I cased the jump so hard I thought I was going to do a front flip.” Fortunately, his GoPro video captured that exact moment! Watch the section after Cooper Webb passes him.

Ken Roczen certainly had an eventful Oakland, even though the result was not exactly what he would have wanted. Roczen got the holeshot, led twice and then ultimately gave up the runner-up position in the very final turn. How did all of that go down? What did it all look like from his perspective? This GoPro footage from the premier-class main event covers everything! Settle down and enjoy.