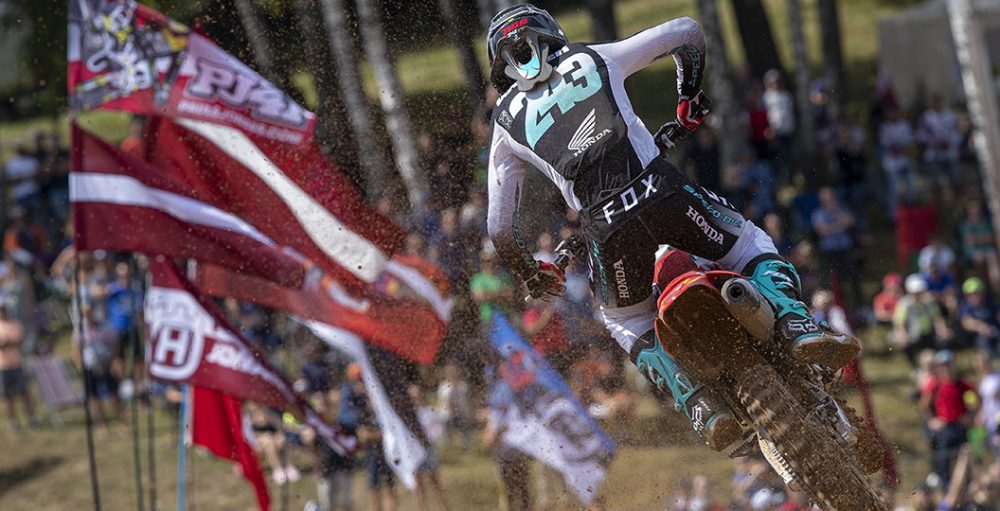 GoPro footage from round seven of the 2021 FIM Motocross World Championship! All footage that gets released from the Grand Prix of Latvia, held at Kegums, will be added to this page.

Ruben Fernandez has slipped somewhat in recent weeks, as he has fallen further from the podium places and left a handful of points on the table. A monstrous fall in the first moto at this past weekend’s Grand Prix of Latvia meant that he was left scrambling and could only salvage four points. That crash, which involved one heck of a flip, was captured in the GoPro footage below. The incident is right at the end of the video. Fernandez is now fourth in the MX2 championship standings.

Tim Gajser returned to the top step of the Grand Prix podium at Kegums in Latvia this past weekend, thanks to a consistent 2-2 scorecard. Gajser is actually the only premier-class rider to win more than one round in the 2021 FIM Motocross World Championship, which is quite the statement. Gajser is 13 points ahead of Romain Febvre, who sits second, in the championship standings heading into the summer break. Footage from his first moto at the Grand Prix of Latvia, where he chased Jeffrey Herlings home, can be found below.