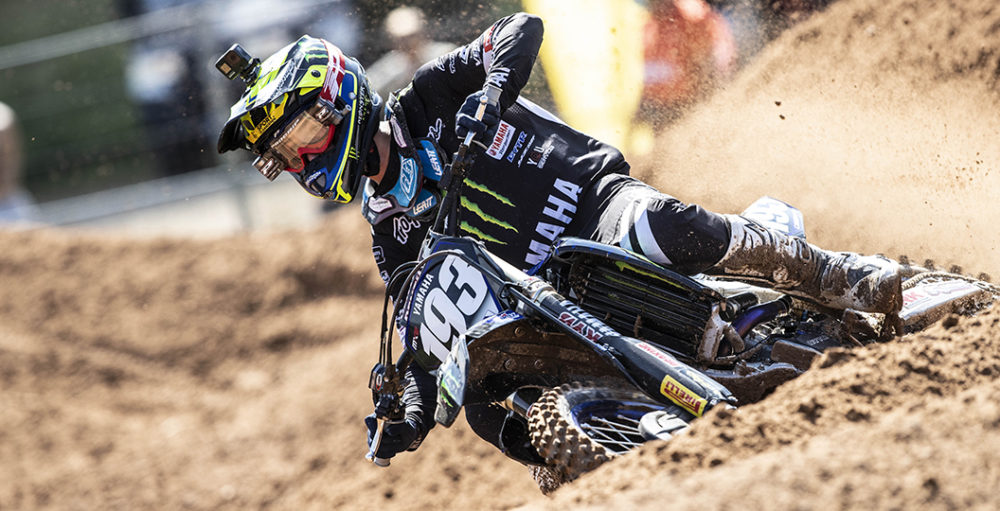 The Latvian triple header, rounds three through five in the 2020 FIM Motocross World Championship, concluded over the weekend. There was some great action, as usual. A lot of it was captured in the GoPro footage below too! Gautier Paulin (Monster Energy Yamaha Factory MXGP) and Jago Geerts (Monster Energy Yamaha Factory MX2) took the cameras along with them in the motos at the Grand Prix of Kegums. Paulin experienced the very intense battles in the middle of the premier-class pack and Geerts caught footage of what it’s like to fight for a Grand Prix win.