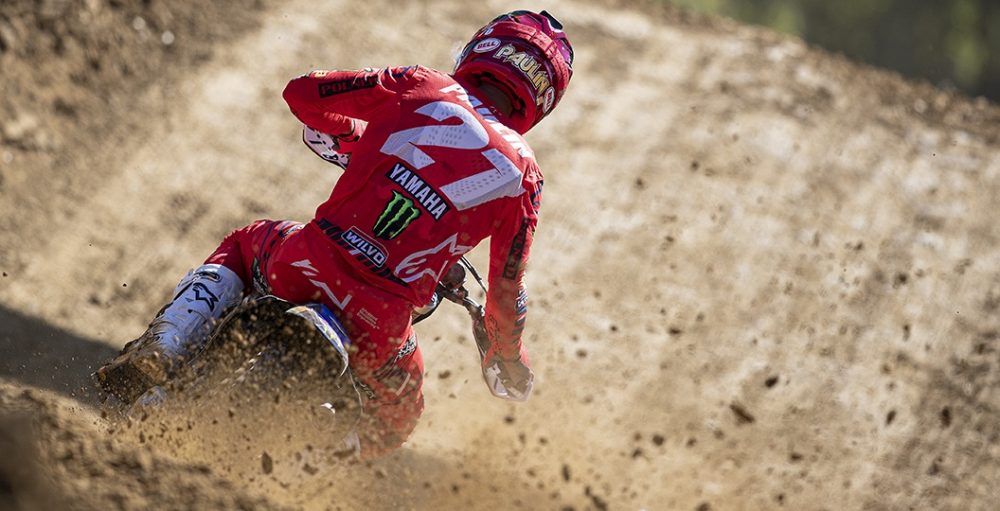 A lot of riders have said that the starts are a huge part of a race around Faenza, the circuit that hosted the sixth round of the 2020 FIM Motocross World Championship. Anyone who listened to the FLY Racing post-race podcasts from the MXGP of Italy knows that! What is it actually like to battle at the head of the premier-class field though? Gautier Paulin’s GoPro footage from the first moto on Sunday can be watched below. There would be a bit of footage from moto two, but his GoPro came off in that huge crash.