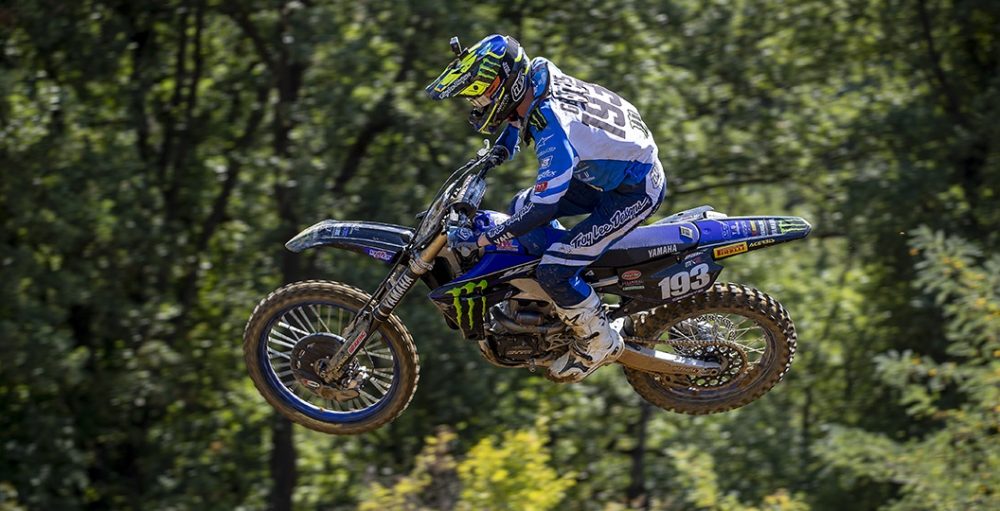 Jago Geerts’ crash in the second MX2 race at round seven of the 2020 FIM Motocross World Championship was never actually shown on television, so everyone was intrigued to see what happened there. The back mudguard was knocked a bit and flapping in the wind – it was a big one! Now, Geerts’ GoPro footage has been released. It turns out that he did loop out going into the uphill waves, but you can see that for yourself below. Geerts is now 21 points down in the championship standings.