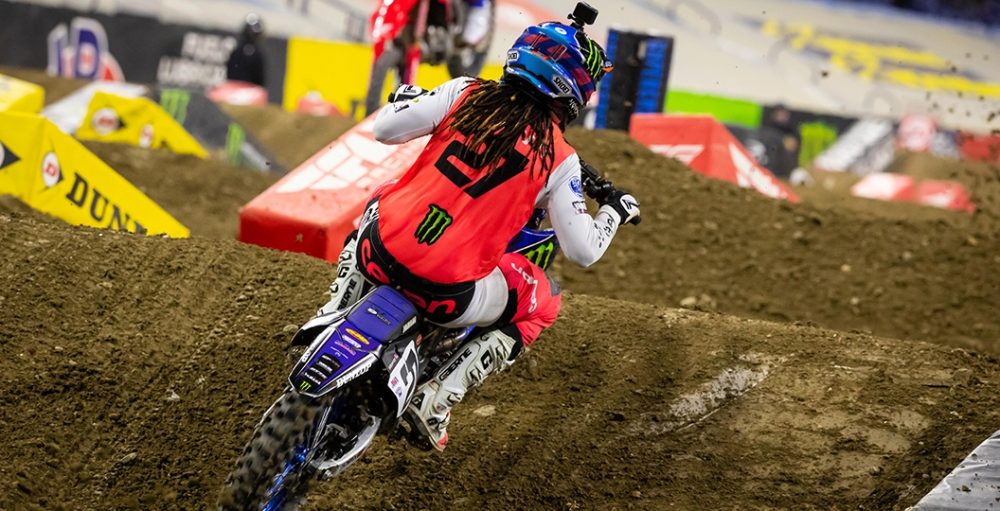 GoPro footage from round six of 2021 Monster Energy Supercross! The first video that GoPro has released is from Malcolm Stewart’s heat race and, spoiler alert, this is the race where he had a gnarly crash off of the triple. “I felt good in the heat race but on the last lap my hand blew off the bars going up the face of the triple; I framed the landing and looped out,” Stewart said about the incident. It’s worth watching this video for that reason alone. More GoPro videos will be released in due course.