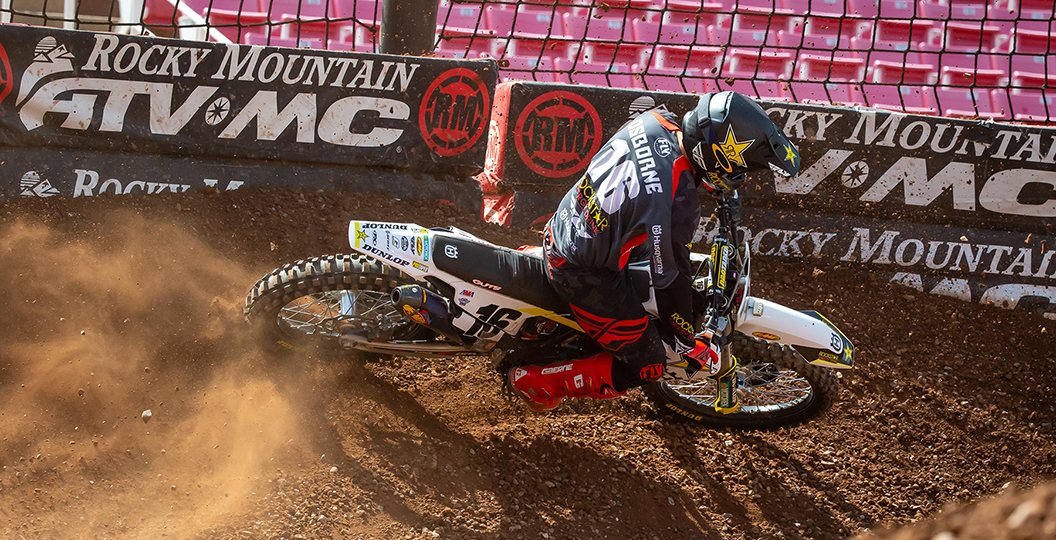 This would be surprising news, if it involved anyone other than Zach Osborne. Osborne is down for just about everything – everyone knows that by now – and will compete in a GNCC event this weekend. Official communication is below.

Rockstar Energy Husqvarna Factory Racing’s Zach Osborne has announced that he will compete this Sunday at round eight of the Grand National Cross Country (GNCC) Series in Maidsville, West Virginia, as a way to bridge the gap until the AMA Pro Motocross Championship resumes later this month.

Coming off a career-first 450SX victory at the 2020 AMA Supercross finale, Osborne is eager to keep his competitive spirit going as he joins the nation’s top cross-country racers on a three-hour battle through the tight, technical and challenging West Virginia trails. Osborne will compete aboard his FC 450 Rockstar Edition in the premier XC1 Open Pro class for the first time, but he is no stranger to the series as he made three podium appearances in the XC2 250 Pro class in 2013. The multi-talented racing star was also chosen to represent the USA World Trophy Team at the 2013 and 2014 International Six Days Enduro (ISDE), where he held his own against the world’s best enduro athletes.

Zach Osborne: “I’m really excited for this opportunity to do some racing. It’s a strange time currently and with our uncertain schedule it’s nice to go try some other things and keep racing. Hopefully I can go there, have some fun and whatever the result is – it is. Thanks to the team for accommodating me and I look forward to a great weekend.”

Round eight of the Grand National Cross Country (GNCC) Series will take place this Sunday, July 12 in Maidsville, West Virginia. For more information on the series, including how to watch the race live online, please visit www.gnccracing.com.