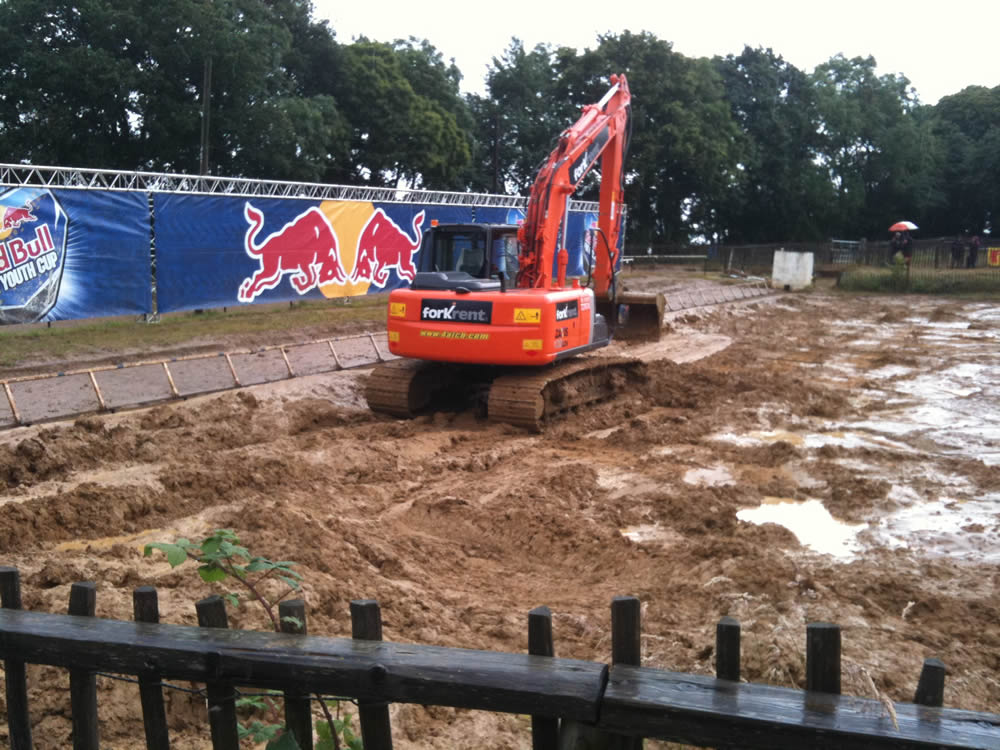 The Buildbase Honda race team headed to Canada Heights, Kent at the weekend with the prospect of heavy rain, though apart from a few drizzles through the day, on Saturday the track was in perfect condition.

Three blocks of races of Elite Youth classes were run on day one and Buildbase-Albion Honda Rider Josh Gilbert made the most of Saturday`s Red Bull Pro National racing taking his four-stroke CRF 150 Honda to three consistent second places to reinforce his position at the top of the Big Wheel 85cc class and extend his lead to 80 points.

Josh Gilbert – “I know I`m in the middle of a championship so consistency is everything. I got good starts and held my position. Of course I love to win races but the championship is more important and I`m happy with three second places. The bike went well and I was looking forward to Sunday`s racing but the track became a mud-bath over-night. I`m looking forward to Fat-Cat`s later this month”.

The torrential rain overnight on Saturday and Sunday morning forced organisers to take the unenviable decision to cancel Sunday`s racing. The rain continued on Sunday as cars and vans were towed out of the paddock.

The next round of the Red Bull Pro Nationals is at Fat Cat Moto Park on July 21st and 22nd.