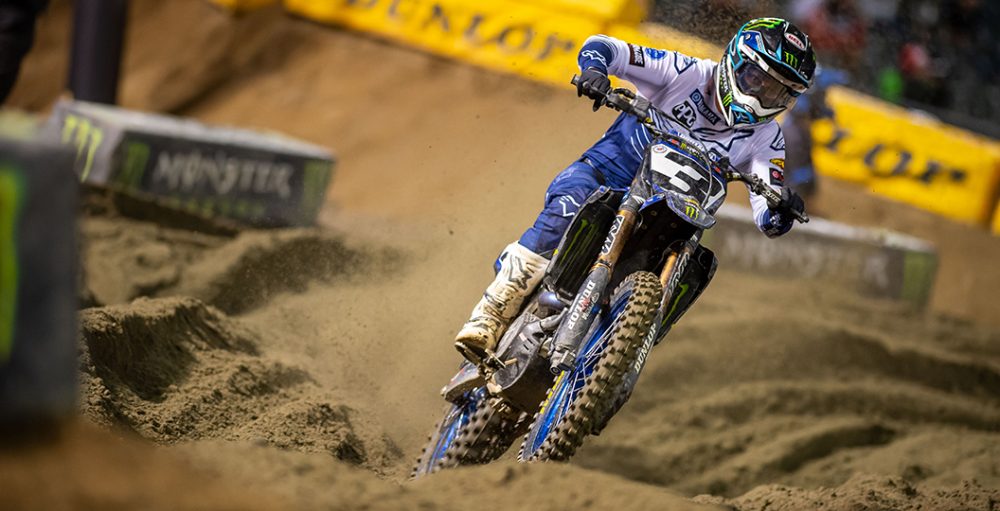 Monster Energy Supercross returns to San Diego, California, this weekend for round two of the campaign. San Diego has occupied a spot on the indoor calendar for quite some time, as supercross entered the Qualcomm Stadium for the first time way back in 1980. Todd Campbell won on that night! Qualcomm Stadium hosted thirty-one rounds of Monster Energy Supercross in total, with the final one taking place in 2014. Petco Park, which is deep in downtown San Diego, has hosted the event from 2015 and will be the setting for the third round on Saturday night.

How much do you remember from those recent San Diego races? Those of us at MX Vice want to challenge you to name all of the San Diego winners from 2003 to the present day, in both 450SX and 250SX. There are plenty of repeat winners on the list below, so that should make it a little easier on you. There are twenty-one individual names that fill the thirty-eight spots below. Have a stab at the game and remember to share your score on social media (@motocrossvice on Twitter and @mxvice on Instagram). Full marks should not be too much of a challenge for hardcore fans.