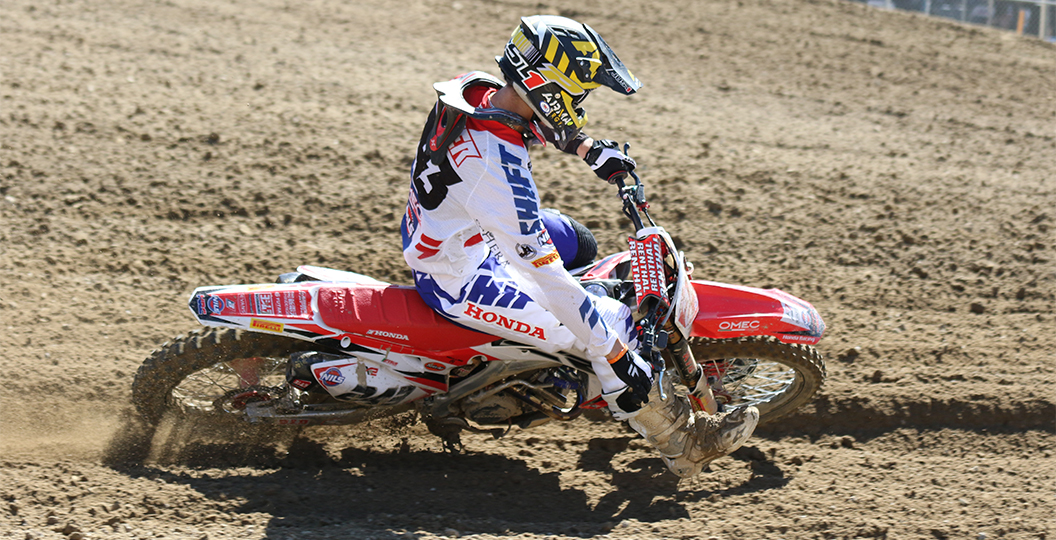 Gajser takes to CRF450 for MXoN

Just one week after the most significant Grand Prix of his life, in which the 19 year-old was crowned MX2 World Champion, Tim Gajser is back in action for Team Slovenia at the Motocross of Nations in Ernee, France.

At only the age of nineteen, this will be Gajser’s fifth appearance at the Nations representing his country. He will do so riding the Honda CRF450R, making it the first Grand Prix of the year on the big bike for Tim, although he always trains with a 450 at home between the races.

Last year Gajser’s Nations didn’t go to plan with a crash on Saturday that left him nursing a fractured vertebra. This year, after a career-defining MX2 season, Tim will be back stronger than ever.

Jorge Zaragoza will also be back in action having recovered from a surgery to remove his tonsils earlier this season. Riding for Team Spain, Zaragoza will be keen to make up for lost time and continue his recovery and return to full fitness for next season.

Giacomo Gariboldi: “I think Tim will be more relaxed than ever in Ernee because of last weekend. I’m really looking forward to seeing him race with the CRF450 as he rides that bike so well – he is always training with it and raced it very well in the ADAC races in Germany this season. He will go there with the buzz of being World Champion and with no pressure, so I’m really looking forward to seeing him ride there. We are also glad to welcome Jorge back – he is recovering well and has been riding lots recently in testing, and I know he is looking forward to make a racing comeback.”

Tim Gajser: “I’m really looking forward to riding the 450 in Ernee. We’re testing this week, but I’m always training on the 450 so I know the bike really well. We didn’t expect that we would have such an amazing year this year, so it’s so great to be going to France in this position. It’s always an honour to ride for your country at the Nations. It’s the Olympic Games for our sport. Everyone is there and there are so many fans, so it’s just amazing.”