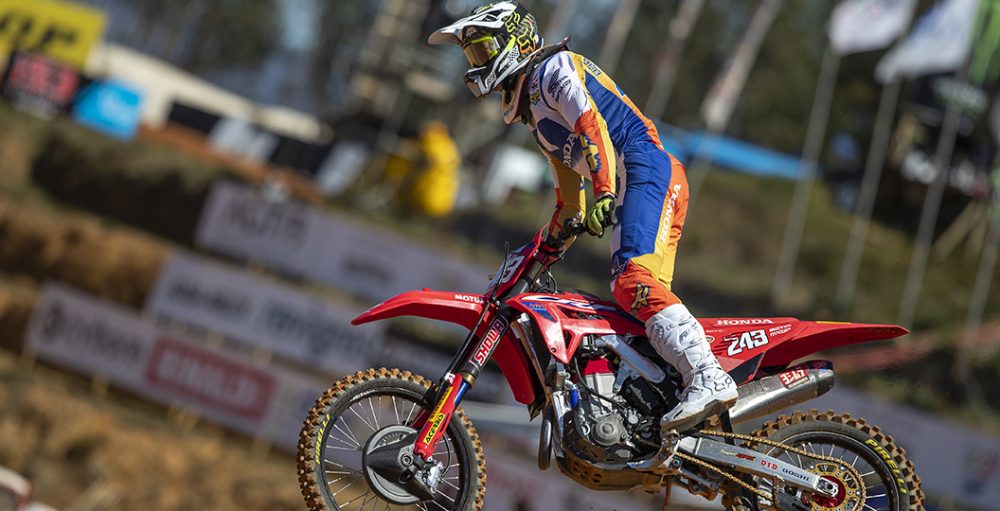 When the premier-class qualifying heat started at the Grand Prix of Portugal, the fourth round of the 2022 FIM Motocross World Championship, most fans sighed as Tim Gajser claimed the early lead and seemed set to sprint away with another victory. A crash with Ruben Fernandez on the first lap left him at the back of the pack though. Not only are both riders piloting a full-factory CRF450RW, they are also GoPro athletes. That means that we can analyse the incident from both angles!

Gajser ended up charging back to seventh; a respectable result and one that will ensure that he can start inside of the top three in both motos today. Fernandez was charging through at a similar pace, before another hard fall forced him to retire prematurely. It took him a while to get up from the crash; he is ready to race and just dealing with a painful finger though. Fernandez will start from twenty-sixth, as there are only twenty-six riders on track in the premier class at this weekend’s Grand Prix of Portugal.