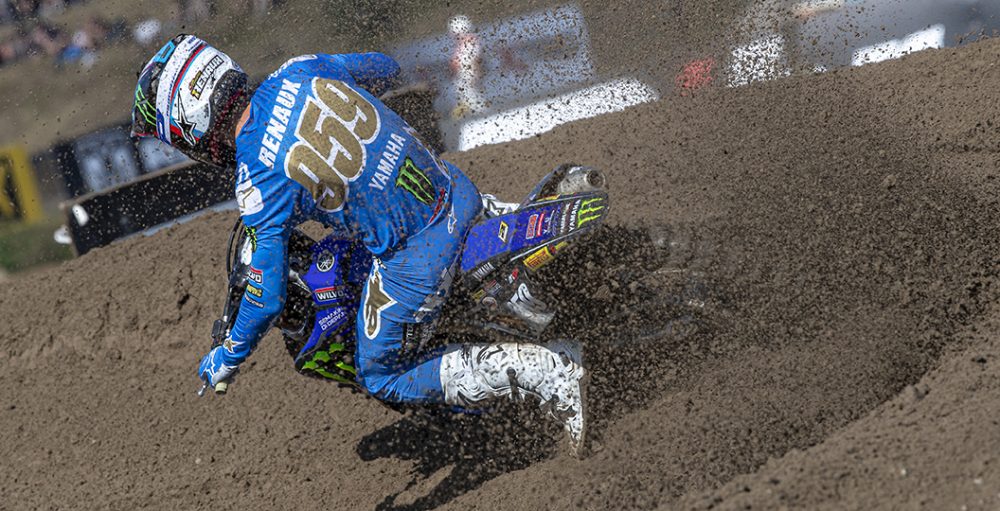 Team France is going to consist of Maxime Renaux (MXGP), Marvin Musquin (MX2) and Dylan Ferrandis (Open) at the 2022 Monster Energy Motocross of Nations on September 24/25. The FFM (Federation Francaise de Motocyclisme) was set to name their team last week, but had to delay the announcements as the MX2 position was called into question.

Why so? Tom Vialle removed himself from the equation quite early on, yet it was thought that Thibault Benistant (the winner of the Grand Prix of Germany) would slide into that position and make up an all-Yamaha effort. It then emerged that Benistant is set to get shoulder surgery as early as next week, so France had to scramble to find a capable 250F pilot. Stephen Rubini is the next best French rider in the MX2 championship standings.

The FFM looked further afield though and reached out to Red Bull KTM Factory Racing’s Marvin Musquin about dropping down to MX2. Musquin does not have the best history with the FFM, as he has been controversially left out of the squad on more than one occasion. The last time that he represented the squad was in 2015! With ’25’ likely to retire at the end of the 2023 season, this is almost certainly going to be his final MXoN outing.

Dylan Ferrandis returned to racing at the ninth round of the 2022 Lucas Oil Pro Motocross series and has more than a month to get up to speed before the event. What about Romain Febvre? For whatever reason, Febvre’s name was eliminated from the running early on. It is known that Kawasaki want a significant amount of money to send riders to RedBud, hence why Ben Watson is not going to be on Team Great Britain.