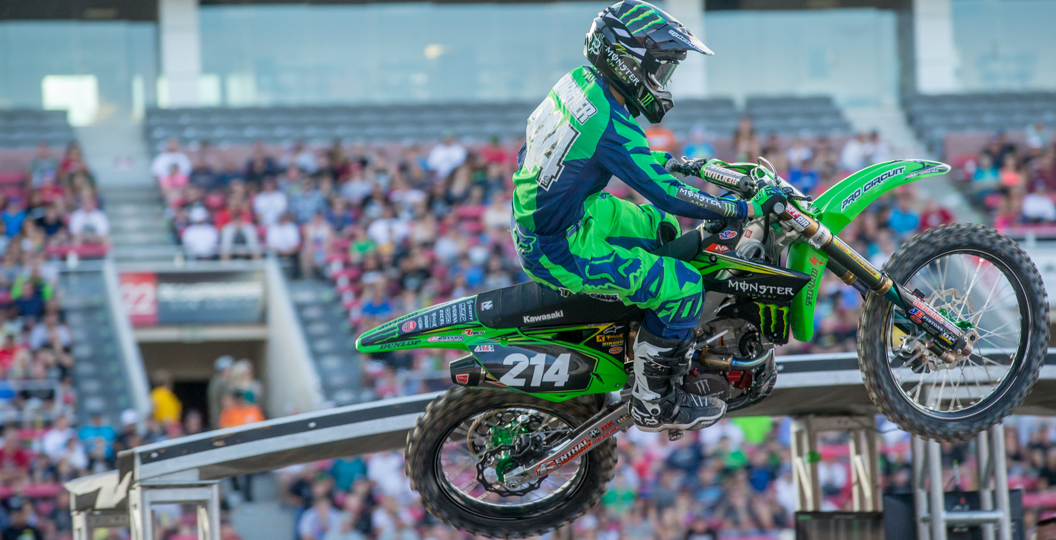 After splitting from Thor, Monster Energy Pro Circuit Kawasaki will be running Fox gear in 2016 and beyond. The new deal, which will see all five riders run Fox gear and boots, was announced today in Southern California. Adam Cianciarulo, Tyler Bowers, Arnaud Tonus, Joey Savatgy and Chris Alldredge will represent the squad this year, rumours suggest the latter two will tackle the 250SX West series.

Austin Forkner (pictured) is expected to turn pro with the squad during the 2016 Lucas Oil Pro Motocross series and has been a long-term Fox athlete.