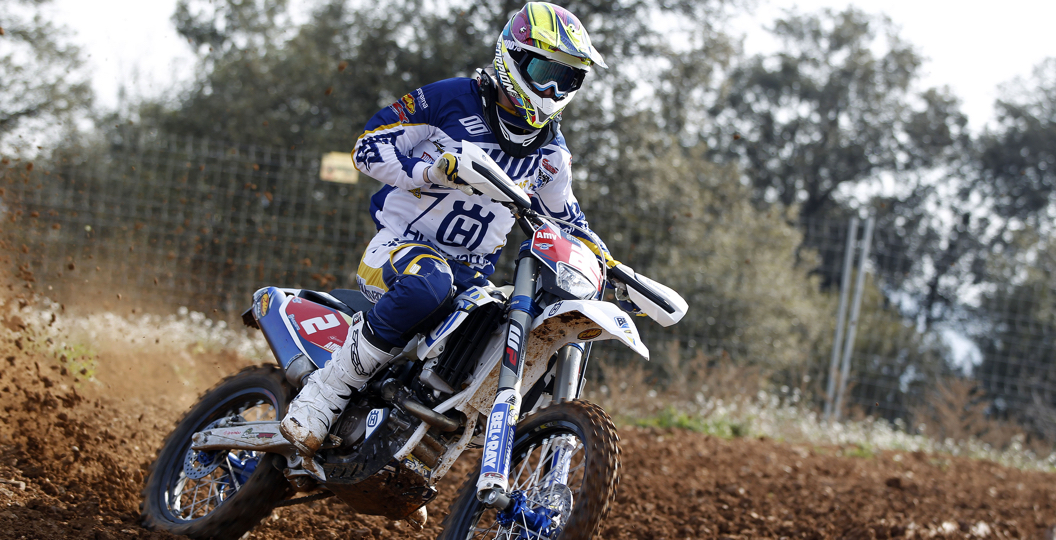 Starting the race as favourite having made the event his own during the last three years, Renet was made to work hard during the early stages of this year’s GGN. With Swedish MX2 champion Even Heiby taking the holeshot, Pela moved into the lead later on during the opening lap before a mistake would relegate him to second.

On lap two Pela once again moved into the lead as he and Even pulled away from the rest of the field. Remaining smooth and steadily extending his advantage, a faultless pit stop saw the Frenchman open up a comfortable lead. Managing his lead during the closing stages of the race Pela took the win – his fourth in as many years – at what was one of the driest Gotland Grand Nationals for many years.

Pela Renet: “I’m really happy to have claimed a fourth Gotland Grand National win. It seems like this race is very good to me, and this year things went very well. I had to work for this win as I made some mistakes during the race. Even Heiby took the holeshot and while I was behind him that’s when I made my mistake. I managed to get into the lead, but he was right with me for two or three laps. I settled into a good rhythm then, and had a great pit stop, and everything went well. This is never an easy race but the conditions this year were quite good. Some mud, and like always a lot of rocks. I’m very pleased for the Husqvarna team that we were again able to get the winning result. I would certainly like to come back and race the Gotland Grand National again next year. It’s a long way off so we have to see what other races I will have, but it is an event I enjoy and one that is very important to Husqvarna. I will do all I can to be here again next year to defend my title.”