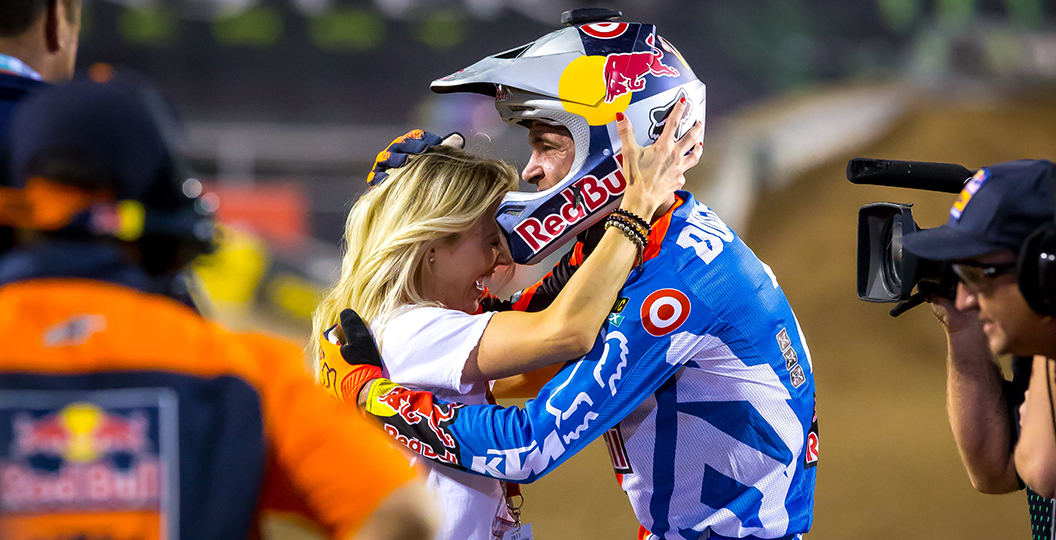 The 2017 Monster Energy Supercross finale is remembered for Zach Osborne’s insane charge through the field to clinch his first 250SX title, and rightfully so. That ride will be referenced for years to come. The fact that the 450SX main event was actually phenomenal too is often swept under the rug though. Not today! Watch both the 250SX and 450SX mains from that night at Sam Boyd Stadium in Las Vegas below.

Let’s paint the picture: Ryan Dungey was nine points up on Eli Tomac heading into the finale, so essentially he needed to finish fourth to clinch the title. Had he finished fifth then he would have lost it on a tiebreak. The pair engaged in a great game of cat and mouse throughout the main and, well, just watch until the final lap. One point separated Jordon Smith, Zach Osborne and Joey Savatgy in the 250SX East class heading into the finale – the winner would take all in Vegas!