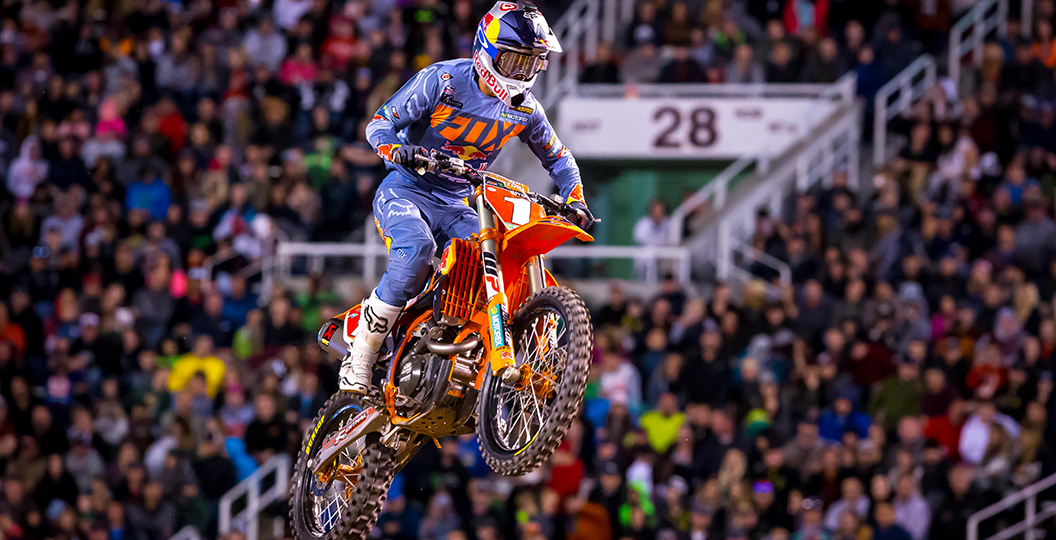 Salt Lake City isn’t exactly a consistent stop on the Monster Energy Supercross calendar, but whenever it does feature it tends to produce some rather nutty racing. A closer look at that will take place on MX Vice later this week. For the time being, watch a replay from SLC in 2017 below. Eli Tomac and Ryan Dungey were tied in points heading into the race, which was the fifteenth round, and the former had a superb ride as he charged from the lower half of the top ten to win. Those positive memories may serve him well next weekend.