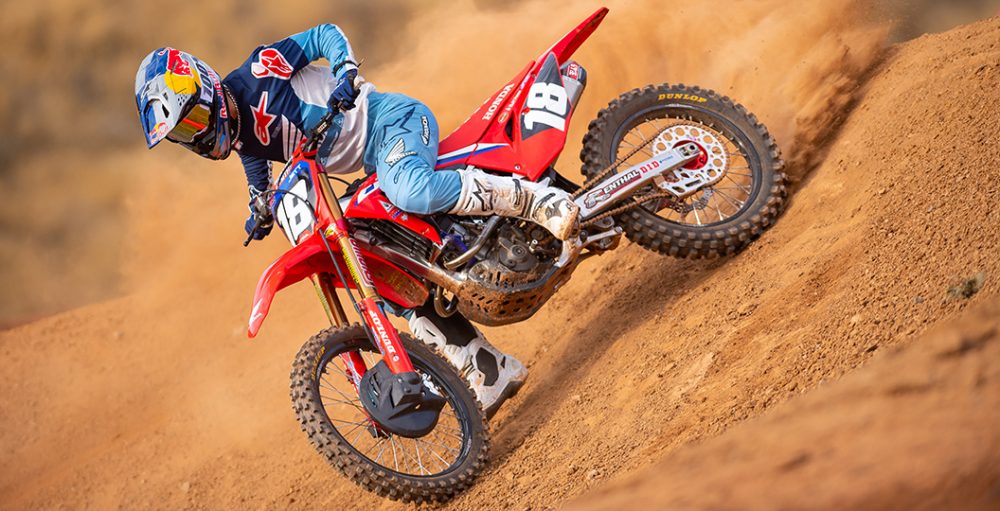 It is a rather quiet time for the industry, yet Jett Lawrence’s popularity is still rising. Red Bull just released the first episode of their ‘Flight Plan’ series, which follows Lawrence both on and off of the track. To add some additional star appeal to the video, Travis Pastrana drops in to offer up some career advice and discuss some similarities to his own career. It seems as though that is going to become a regular thing; Marc Marquez, Daniel Riccardo and Josh Hansen are all teased at the beginning of the video.

A large spotlight is placed on the Lawrence family in this first episode; each family member has a chance to offer their perspective on Jett’s rise to stardom. This series is expected to follow his progress through 2022 Monster Energy Supercross as well, whilst looking back at his path to the 250MX title in 2021 Lucas Oil Pro Motocross. There is so much to see when it comes to Jett Lawrence! Enjoy episode one of the ‘Flight Plan’ series right at the bottom of this page.

Jett Lawrence is your typical 17-year old — Mom wakes him up, Dad yells at him to get moving, his older brothers Hunter and Tate give him the business, and he talks to his dog Moose in hilarious fashion. He also happens to be one of the fastest motocross and supercross racers on the planet. Jett’s 2021 summer kicked off taking an early lead in the 250MX Pro Motocross Championship, and a surprise meeting with a fellow former motocross prodigy Travis Pastrana.