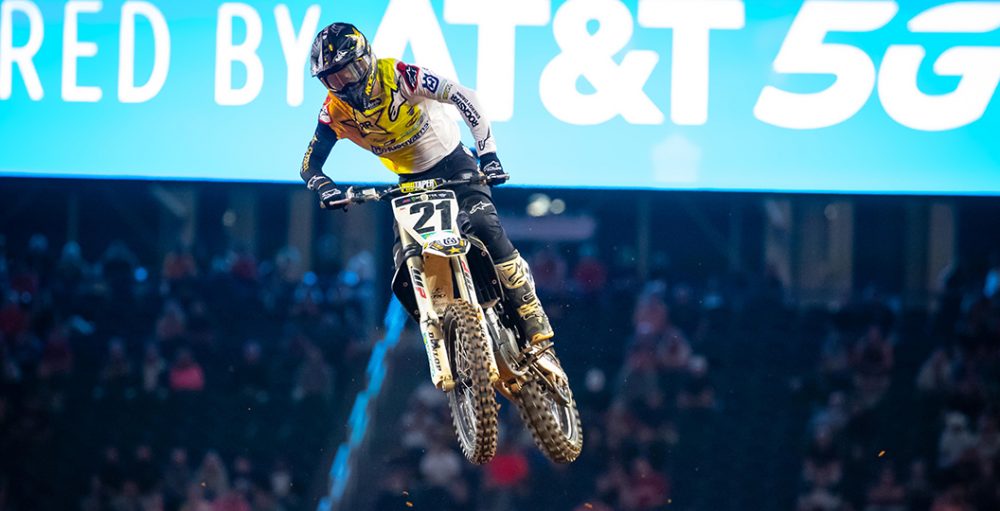 It has been a big day for news, as it was confirmed that Eli Tomac has joined Monster Energy Star Racing Yamaha and Jason Anderson has inked a deal with Monster Energy Kawasaki. Neither announcement included with images or footage of riders in their new colours, however, which disappointed fans. The first clip of Anderson  in ‘green’ has surfaced on social media now though, and it is quite an adjustment! Anderson is still sporting Alpinestars gear, an Airoh and Scott goggles. It is unknown if any of those deals will change on January 01.

Speaking about his new deal, Anderson confirmed that he is hopeful of reaching his former level with Monster Energy Kawasaki. “It’s great to join the Monster Energy Kawasaki race team for 2022. I’m ready to start working with the team to have a successful run right out of the gate when we go racing in January. The bike is proven, and the many accolades of the team speak volumes to what we can achieve together. I’m looking forward to the good times ahead.”

Anderson has had limited success since winning the 450SX title in 2018. Anderson has not won a main event since that season, believe it or not, and has had just eight podium finishes in three years.