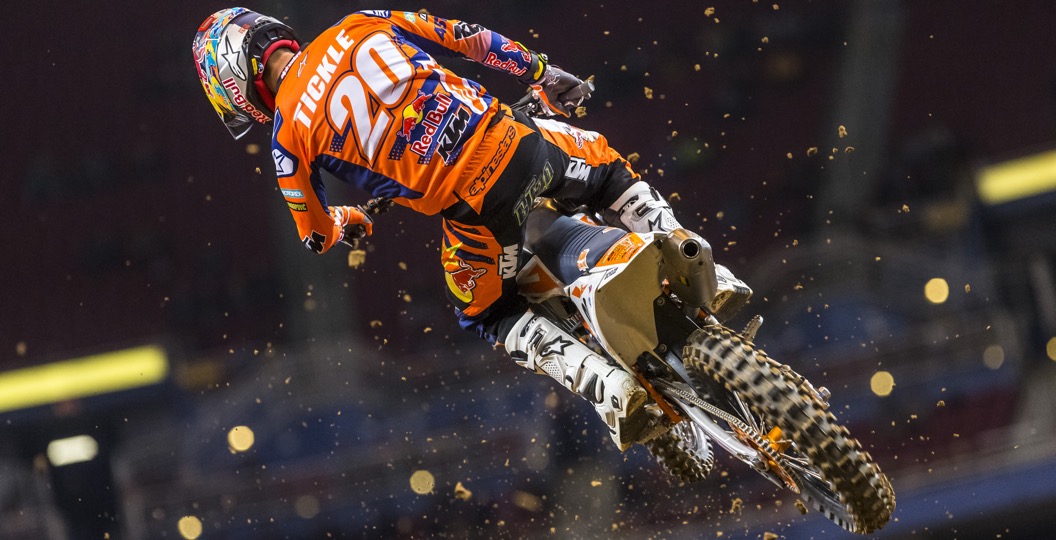 There has not been much information about Broc Tickle and his provisional suspension from the FIM recently. Now, however, those at the FIM have released an additional statement that confirms that they have denied his request to have his provisional suspension lifted. Rather than attempt to convey the various tedious details, the information that has been provided is below.

The decision to provisionally suspend Mr. Tickle was taken following the receipt of a report from the WADA accredited laboratory in Cologne indicating an Adverse Analytical Finding of 5-methylhexan-2-amine, a specified substance under Section 6 (Stimulants) of the 2018 FIM prohibited list, in a urine sample collected from him at an in-competition test carried out by the FIM at the round of the Monster Energy AMA Supercross, an FIM World Championship held in San Diego, California, USA, on 10 February 2018.

Mr Tickle requested analysis of his B sample which confirmed the analysis of the A sample.

The FIM has taken note of the claim made by Mr Tickle that he cannot account for the presence of the substance 5-methylhexan-2-amine in his urine.

Mr. Broc Tickle is provisionally suspended with effect from 14 April 2018. He is therefore barred from participating in any sports competition until further notice (Art. 10.12 of the FIM Anti-Doping Code) and pending a final decision on the merits of the case.