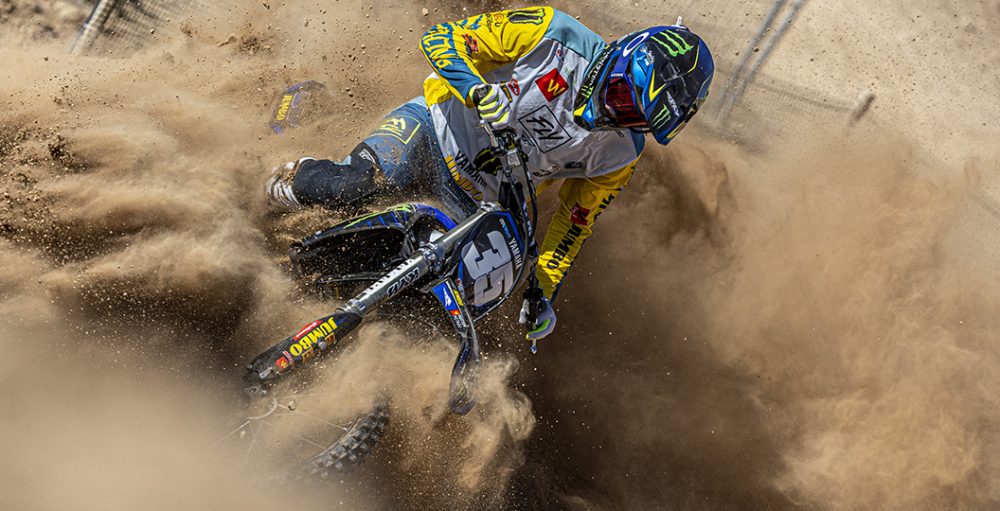 Monster Energy Yamaha Factory MX2 will welcome Andrea Bonacorsi underneath the awning at this weekend’s Grand Prix of Great Britain. Bonacorsi will act as a fill-in rider for the injured Thibault Benistant whilst making his debut in the MX2 class. Benistant had surgery on a torn ACL at the end of last season and expects to return to racing at the third race, the Grand Prix of Patagonia-Argentina, next month, where he will attempt to build slowly before eyeing his maiden victory.

Bonacorsi won the EMX125 title with Fantic in the 2020 FIM Motocross World Championship and then joined the Hutten Metaal Yamaha team that he raced for whilst making his EMX250 debut last year. Fourth was the position that he secured in the final championship standings – he won two motos en route to that position. Bonacorsi will chase the EMX250 title again this year, in what is expected to be his final term in the support class. The Grand Prix of Great Britain will be a valuable opportunity for him to show what he can do on a bigger stage.

Yamaha Motor Europe is pleased to announce that Andrea Bonacorsi will replace the injured Thibault Benistant under the Monster Energy Yamaha Factory MX2 awning at this weekend’s Grand Prix of Great Britain. The event marks the start of the 2022 FIM Motocross World Championship, which will take place at the spectacular Matterley Basin circuit in Winchester, England, on February 27.

Already a proven talent following a dominant EMX125 campaign in 2020, in which he celebrated seven race wins and four overall victories en route to the crown, Bonacorsi was welcomed into the Yamaha family at the start of 2021. After a strong rookie season in EMX250 in which he steered his GYTR-kitted YZ250F to three podium finishes on his way to fourth overall, the 18 year old has impressed and earned himself the opportunity to make his MX2 debut with the support of the Monster Energy Yamaha Factory MX2 team.

Hailing from Bergamo, Italy, the talented youngster will use the wild card experience as part of his preparation for the upcoming 2022 European Motocross Championship, which will start on the weekend of March 06 in Mantova, Italy.

Andrea Bonacorsi: “Racing for the Monster Energy Yamaha Factory MX2 team is really special and it’s something I have always dreamed of ever since I was a kid. It really is a dream come true, and to get this opportunity to race at Matterley… It is one of my favourite tracks! I’m really looking forward to making my MX2 debut there, and I hope to bring home as much experience as possible.”

Alexandre Kowalski (Yamaha Motor Europe Racing Manager): “It has been a great pleasure to offer Andrea a chance to make his MX2 debut as a Monster Energy Yamaha Factory MX2 rider. It is a symbol of our commitment to the next generation of young riders that are developing within our system. We already know Andrea is an incredible talent, evidenced by his EMX125 title and a strong rookie season in EMX250 last year where he showed impressive strength and race craft aboard his GYTR-kitted YZ250F. Although he is still young, only 18 years old, we are very optimistic that he can put in a strong performance at the MX2 opener this weekend. We also have to thank the Hutten Metaal Yamaha team for supporting us and Andrea in taking this incredible opportunity, as well as the Monster Energy Yamaha Factory MX2 team for making it happen. Our thoughts are also with Thibault, of course, who had a successful knee surgery last year and will be back on the bike soon. We are wishing Andrea, the team and all Yamaha riders a successful start to the 2022 campaign at Matterley Basin this weekend.” 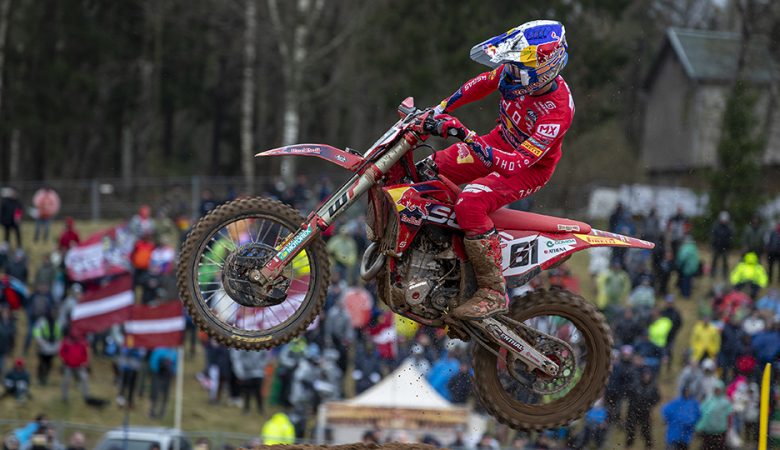