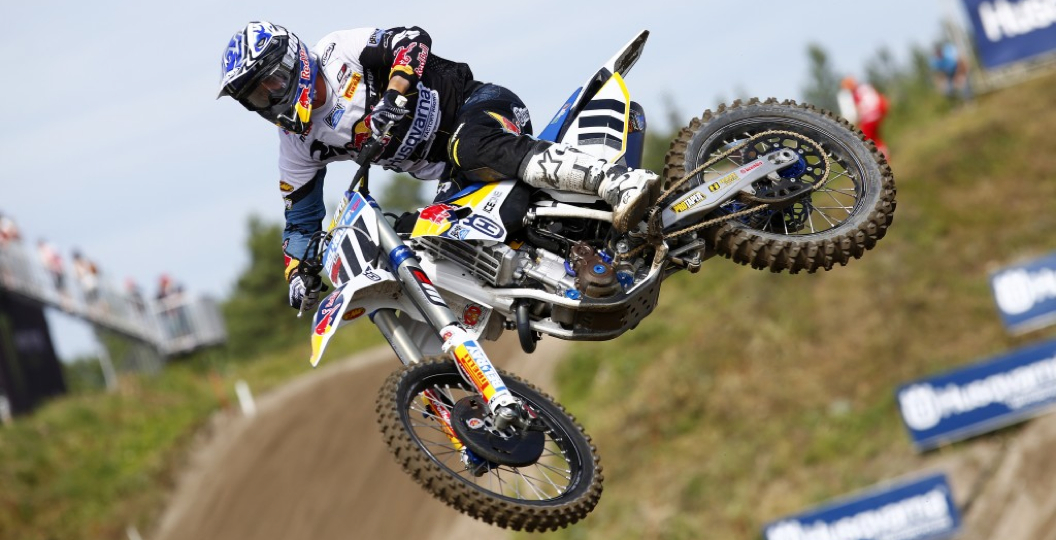 Ferris leads the way for Husqvarna

Red Bull IceOne Husqvarna Factory Racing team riders Dean Ferris and Nathan Watson enjoyed solid performances at the GP of Finland – the team’s home race – with the duo placing sixth and 13th respectively in the overall MXGP class at Hyvinkää. The rough and demanding sand circuit ensured plenty of drama throughout the two days of competition, but for both Ferris and Watson it was a positive GP, one in which each rider delivered impressive results.

For Ferris a second race fifth position was the highlight of the GP, a race in which the determined Aussie could well have ended up on the podium. Still far from fully race fit Dean took significant and obvious steps forward following the GP of Sweden, showing the kind of form that took him to MX2 GP race wins in 2013. Starting well in both races he held the third place spot for the opening two laps in the first moto, ending the race battling with Britain’s Tommy Searle and placing seventh. In the second moto Dean ended the opening lap in sixth before reaching fourth on lap nine. Fourth with one lap to go he eventually came home in a well-deserved and hard fought fifth position.

Impressing many with his speed and consistency during timed qualifying Nathan Watson showed he was clearly at home in the Finnish sand. Placing ninth in his qualifying race Nathan ended the first moto in the exact same position he ended the first lap in – 11th. But in the second and final moto the young British rider improved from 14th to end the race 12th.

In the MX2 class Wilvo Nestaan Husqvarna Factory Racing team riders Romain Febvre and Aleksandr Tonkov placed sixth and 10th overall, with both riders securing their best results in the first moto. With Febvre fifth and Tonkov sixth the 250f mounted duo then went on to place ninth and 12th in the second race.

Dean Ferris: “It’s been a great GP for me and the team. Sweden was disappointing – I was battling with the flu there. I wasn’t able to spend any time on a bike testing coming into the race in Finland, and it took me a while to find a good set-up on Saturday. But both of the races went really well. I was second off the start in the first moto and stayed with the leaders for a while. I stalled my bike once when a small rock got stuck in the front sprocket, but a seventh place result was pretty good. The second moto was great, but tough for me. I’m still coming back form my injuries and fighting off the tail end of the flu – I gave everything I had. My start wasn’t as good but I pushed hard and got into a good rhythm. The battle for third to sixth was really close, so to know that I was fighting for a podium despite feeling really tired was great. I know I’ll be in better shape for the next GP, so I’m looking forward to it.”

Nathan Watson: “Qualifying went great for me, I was pretty shocked that I’d got the fourth fastest time. That gave me a good gate pick for my qualifying race, which went ok. I made a mistake in the whoops, and finished ninth. I was hoping to get at least one top-10 result this weekend, but it didn’t quite happen. I still learned a lot and really enjoyed the experience of working with the team again. The track was really rough, especially as it dried out. I got an average start to the first moto, and finished 11th. I was with the guys in 10th and ninth, but I just couldn’t get ahead of them. I was feeling it in the second race, the track was so rough then. I ended up 12th, which was pretty, but just to have completed another GP and finished both motos is a real positive for me.”