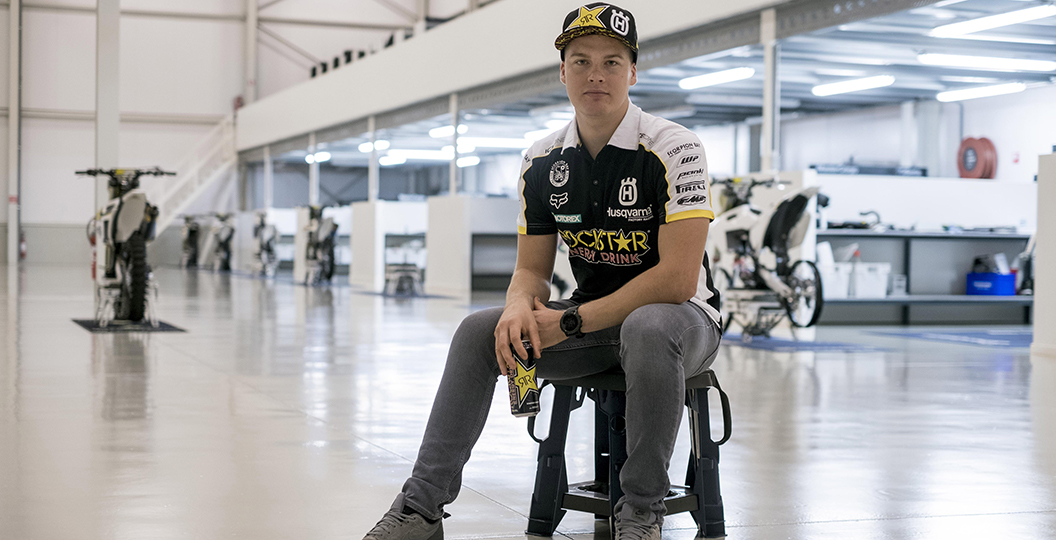 What ended up being one of the worst-kept secrets in the Grand Prix series, the fact that Pauls Jonass was moving over to Rockstar Energy Husqvarna Factory Racing, has finally been made official by those in charge. Although it has been common knowledge for two months now, it is still a little odd to see the former world champion draped over a white machine.

What is it a wise choice to move across? It is important to first confirm that it was actually his choice, rather than the powers that be telling him to alter his programme in an effort to boost the Husqvarna programme. This effectively went down like any other transfer in the paddock, but it is still interesting to assess. This is the first time since the rebirth of Husqvarna that a rider has made a switch straight from KTM to one of the Husqvarna Factory Racing teams. Most presumed that this would become common practice when the new brand strategy was unveiled five years ago. Who could forget those misguided rumours that even Jeffrey Herlings would be making the transition a couple of years ago?

Anyway, back to the topic at hand, it is surprising that Jonass opted to make the move and stray from those who moulded him into the champion that he eventually became. The fact that he did not want to be a third wheel makes perfect sense though. Jorge Prado moved across to the Claudio De Carli portion of the Red Bull KTM tent to avoid being looked at as the second guy on the squad. It is natural for one to try to escape that feeling, even though these are professional teams and would not exactly have favourites. If it ensures that he feels comfortable heading into his maiden season in the premier class, knowing that a factory team is effectively based around him, then only good things can come of this.

The unfortunate thing here is that Jonass will be compared against both Max Anstie and Gautier Paulin, as he is effectively replacing them on the Rockstar Energy Husqvarna Factory Racing squad. Jonass could actually reach a similar level to those guys, which would be battling on the verge of the top five consistently, but it may be a sticky start. The ACL surgery that he had a month ago will stop him from testing his FC 450 until the end of January, which is going to give him five weeks to prepare for the first round of the FIM Motocross World Championship. It is obviously quite unrealistic to expect him to hit his peak in that short time frame, especially with the various changes that he has to overcome and fine-tune.

Think back to the way that Thomas Covington performed at the first round earlier this year. Covington had ACL surgery at the end of the previous season and started riding in early January, then limped through the first round and finished fifteenth overall. Once Pauls Jonass has straightened everything out though, he should be able to contend for a spot on the box at points. Jeremy Seewer ended between sixth and eighth more often than not and one could argue that Jonass will fare better than him, if not match the results that he recorded in his rookie term. Pundits underrate him and therefore it is likely that he is going to surprise anyway.

The Grand Prix term that has just ended may actually be the reason for that. Romain Febvre, Tim Gajser and Jeffrey Herlings ensured that graduates were held to a high standard for a couple of years and that talk has died down over the last twelve months. There was a not a standout talent this season, obviously, hence why that has happened. Perhaps it is time for another surprise?