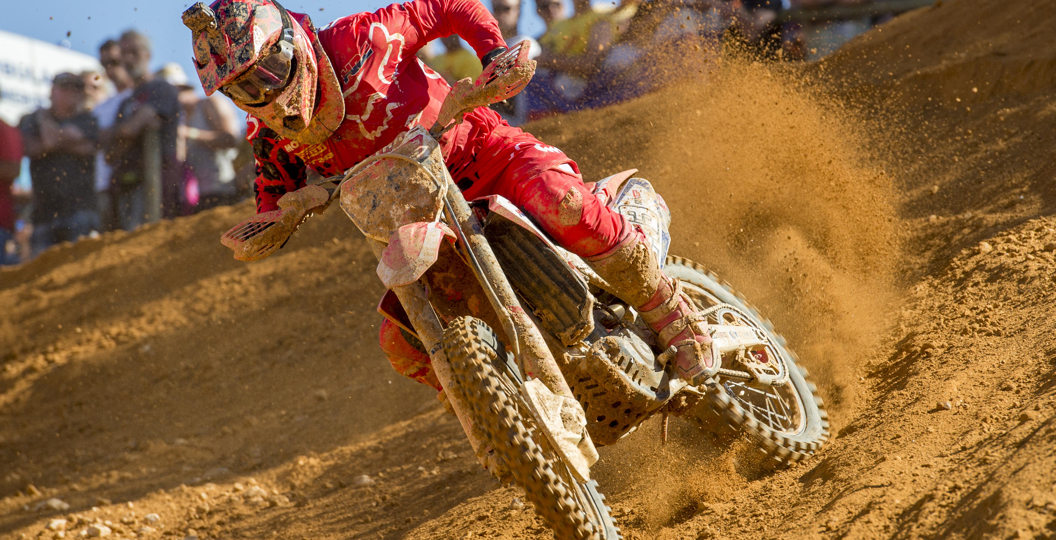 The thirteenth round of the FIM Motocross World Championship will take place at the historic circuit of Loket this weekend. A summer break is now in the rear-view mirror, much to the delight of fans around the world, and a crucial part of the Fox MX Manager season will now commence.

There were no surprises prior to the break, as most riders met expectations. The break may have changed things, however, as guys like Tim Gajser and Romain Febvre would have made further progress. The fact that Loket often chucks up some anomalies only adds to the intrigue surrounding the event. Max Nagl claimed his only Grand Prix victory of the season at this event last year, for instance, so there is the potential to win big points on the historic hillside. On the other end of the scale, this could also be a costly affair.

Although Antonio Cairoli and Jeffrey Herlings are undoubtedly the favourites entering the thirteenth fixture of nineteen, there is a reason to be sceptical. Cairoli has claimed three victories at the Czech venue, but only two in the premier class, and the last came in 2012! That was quite some time ago. Jeffrey Herlings has not even completed a Grand Prix in the country since 2013, so it is not like he has mastered the old-school layout either. Who else could win?

Tim Gajser (€600,000): The progress that Tim Gajser made between Ottobiano and Agueda was simply incredible. With that in mind, the two weekends that he has just had to reset must have worked wonders! The slick surface of Loket will play right to his strengths and, had he not run into all of those issues in the spring, he probably would be the favourite. Although ‘243’ could win this weekend, is it worth betting half of your budget on it? That would be a bold move. The points that could potentially be gained, however, would go a long way.

Romain Febvre (€600,000): If you had bet this money on Romain Febvre not finishing on the podium at all through twelve rounds, the return would have been substantial. Is it possible for him to skip the other two steps and jump straight to the top? Well, like Gajser, this track should play to his strengths, but the start is also critical. Have the Monster Energy Yamaha Factory Racing team made further refinements and improved in that area? Febvre did not seem too confident in our post-race interview at the previous round.

Max Nagl (€450,000): Considering Max Nagl, who has been mediocre at best this season, as a potential contender may be a stretch. The fact that he costs less than the others means that there is more to be gained if he does romp to victory. One could select him instead of the guys mentioned previously, then use the budget that remains to go for a sand specialist like Filip Bengtsson in the days prior to Lommel.  The amount of points that could potentially be acquired with that strategy is attractive.

Gautier Paulin (€450,000): Although Gautier Paulin has not won the Czech Grand Prix aboard a 450F, one could argue that he is a much safer pick than Max Nagl. Nagl is wildly inconsistent, much to the dismay of German fans, whilst Paulin is undoubtedly a podium contender whenever the gate drops. Is that Portuguese ride cause for concern? Not at all, as it was undoubtedly an anomaly. Just look at the results that he has achieved on all surfaces throughout his career! Paulin is currently on one hundred and twenty-seven teams currently, whereas Nagl is on just seventy-three teams.

Clement Desalle (€400,000): This is a brilliant pick for many reasons. Desalle has won the Grand Prix of the Czech Republic three times, so is seemingly capable of great things on the hard-pack circuit. That is his favourite surface, after all, so he is undoubtedly shooting for great things. Considering how much the Monster Energy KRT rider costs, it’s hardly surprising that he is one of the most-picked riders on Fox MX Manager. Does that mean that there is less of a return though?

Arminas Jasikonis (€300,000): It seems ludicrous to even include Arminas Jasikonis in a list of potential winners, but there is a reason for it. The chances of him prevailing on a circuit like Loket are rather slim, as it would be named as his Achilles heel, but he could achieve great things at Lommel. Signing him now may be a brilliant strategy, as you would then be free to react to any injuries that occur this weekend. Perhaps a lot of focus should be put on the Suzuki World MXGP awning over the next two rounds? Kevin Strijbos has been great at Loket in the past.

Fox MX Manager is a complicated game, evidently, but it is worth investing a lot of time and effort into your team. Remember, you are competing for a VIP experience at the Motocross of Nations! A full set of Fox gear is also up for grabs, so why give up now? There are prizes after each individual round.