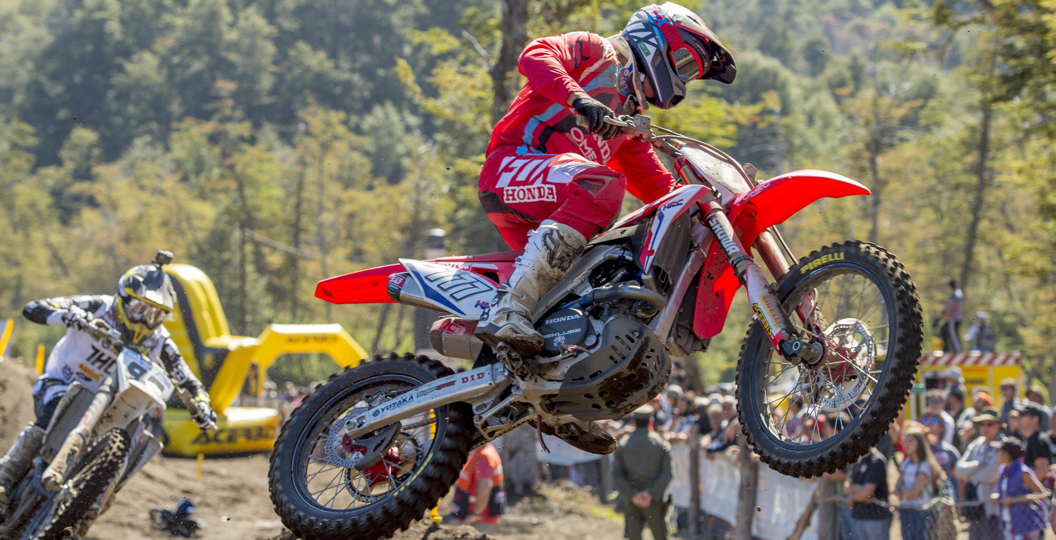 The unique conditions that are synonymous with the man-made circuit of Leon could potentially turn the Fox MX Manager standings upside down again this weekend, much to the dismay of those who are in contention at the head of the standings, so one would be wise to take a closer look at the potential candidates.

Altitude is a draining factor that can affect both man and machine, so take into account how potent the package beneath each rider is. That element alone has cost certain contenders a great deal of points in the past. It may not be what lies ahead that influences your picks for this weekend, however, as what has transpired in the past two weeks will cause most to scramble to make a vital transfer.

A handful of elite riders have been forced onto the sidelines since the Grand Prix of Patagonia-Argentina. Jordi Tixier (an injured leg), Davy Pootjes (an injured shoulder), Alvin Ostlund (concussion), Bas Vaessen (a broken collarbone) and Chihiro Notsuka (concussion) will be missing from the starting lines in their respective classes.

It is safe to assume that a lot of you will be pushing Tixier onto the bench, as he is on more than a hundred teams! It is a wise move, as he is going to miss more than just a single Grand Prix. This is really where the game gets interesting, you see, as those who are happy with their team are going to have their hand forced and have to make changes. That then opens the door for some new victors! It is worth noting that no player has finished in the top three multiple times thus far this year.

Alvin Ostlund and Davy Pootjes should be back in Trentino, which is the event that follows the fourth round of the FIM Motocross World Championship, so it would not be the end of the world if you keep either one of those riders on your team and just take a hit this weekend. That all depends on whether you believe there is a better option for your team, however, so have a look at who is on offer.

Bas Vaessen will miss more time, so if you are one of the twenty-four players with him on your team then you must make a change, and Chihiro Notsuka is just too much of a gamble. The HRC pilot has struggled to break into the points so far and one would presume that he’ll find it much tougher back in Europe. There is also no timeline on his return currently, so back away! Notsuka is actually on more Fox MX Manager teams than both Darian Sanayei and Jeremy Seewer. Crazy, right?

It seems that a majority of you have opted to fill your team with outstanding 450F riders, based on the statistics that we have access to, and are then just settling for whoever you can get in the 250F division. Anton Gole has been picked the most in the latter class, despite the fact that he has scored just fourteen points. Ivan Petrov, who has scored no points at all this season, makes an appearance in the top six, as does Jay Wilson.

Conrad Mewse has been selected ninety-nine times and, although you may want to back his battle to climb up the order, it may be time to move away until he shows some kind of potential. The Rockstar Energy Husqvarna Racing rider is killing fantasy teams! He was actually picked more than anyone else at the first round, so it seems that some users are starting to realise that he is not a worthy investment.

Anyway, I digress. What I am getting at here is that everyone has opted for a similar strategy, so why not go against the grain and attempt to pick up some more points? The elite riders on a 250F, such as Jeremy Seewer and Pauls Jonass, are not as expensive as guys like Antonio Cairoli in the 450F class. It’ll take some time to adopt this new strategy, admittedly, but you can work towards wiping your team completely now. This bold move may just work out in the long run, folks.

Before we sign off, here are a few more picks that we believe you should look at ahead of the Grand Prix of Leon.

Tim Gajser: Based on what took place at the Grand Prix of Patagonia-Argentina and at this event last year, I think it is safe to say that Tim Gajser would be a brilliant investment this weekend. Antonio Cairoli could easily topple him, of course, but I now think that it would be wise to back the current series leader. If I had a top MXGP rider on my team, like a lot of you do, I would be bouncing between the elite quartet each weekend in order to squeeze the most out of my investment.

Pauls Jonass: There is no doubt in my mind that Pauls Jonass is the fastest rider in MX2 and that will, more often than not, translate into dominant victories. Jonass has actually led seventy-eight of the ninety-seven laps that have been run this season, which leads me to believe that he would be a wise choice for a Fox MX Manager team. There is more of a chance that he will crash out in a spectacular fashion, just as he has done in Mexico in the past, but you have to be bold with your picks in order to succeed.

Darian Sanayei: Darian Sanayei was arguably the most impressive rider at the previous MXGP round, hence why he is a great pick at €350,000! Although he has never ridden at this venue before, I believe that the circuit could suit his style perfectly. If you are not too keen on selecting Sanayei, why not go for his teammate? Vsevolod Brylyakov finished on the podium here last year and has been extremely fast this season.

Romain Febvre: The season has not been disastrous for Romain Febvre, but he has not done enough to justify you blowing half your budget on him. Febvre has been working with Ryan Hughes over the last two weeks and did look better at the Grand Prix of Patagonia-Argentina, so perhaps he starts to turn this thing around? It still seems unlikely that he’ll be able to go out and reel off a pair of convincing moto wins though. I believe this is going to be a building process.

Valentin Guillod: Valentin Guillod has encountered many problems through the first three FIM Motocross World Championship rounds. The first two events were so bad, in fact, that a pair of fifteenths in Argentina could be considered a step in the right direction. You could spend your €350,000 in a better place at this point. Look at Darian Sanayei, for example.

Brent Van Doninck: Brent Van Doninck has actually performed quite well through the first three FIM Motocross World Championship rounds. He sits sixth in the championship and, hey, just look at the riders ahead of him! The Belgian is quite expensive, however, at €400,000. It is not exactly a bad investment, but you could pick up Thomas Kjer Olsen or Clement Desalle for the same price.

Thanks for reading! Hopefully this column helps you choose the best team possible. Who knows, perhaps you’ll pick up one of the brilliant prizes from Fox? An item of Fox clothing is up for grabs this weekend. If you have any questions, just shoot me an email at [email protected]