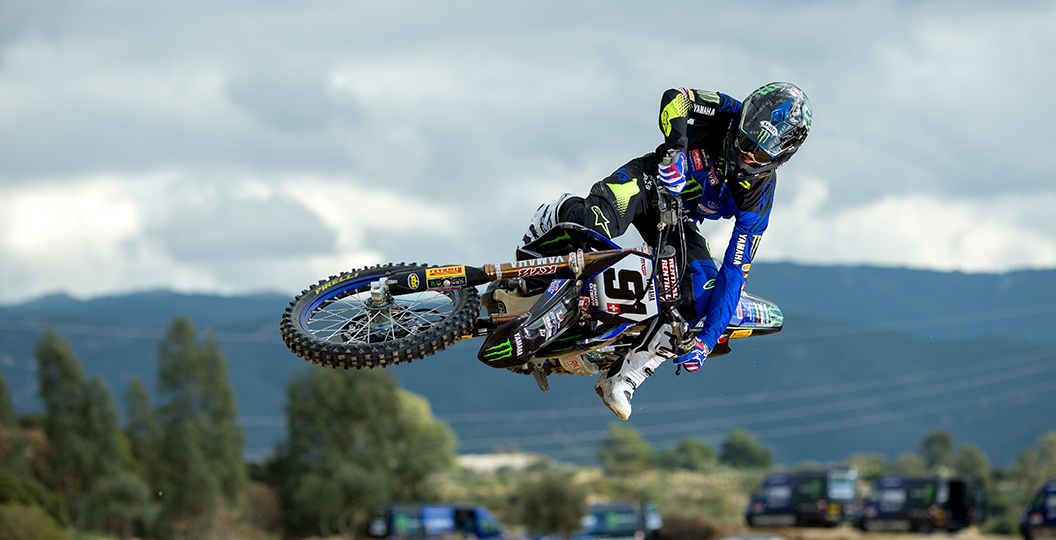 Forget about the bad experiences that may have come with Fantasy MX Manager last year. Maybe it made you smash your laptop against a wall or caused you to question your knowledge about the sport? The slate has been wiped clean ahead of the first event of the 2020 FIM Motocross World Championship, so it is time to get involved again. This really could be your year.

If you do end up finding success in the 2020 FIM Motocross World Championship, then you could win some incredible prizes. Vouchers are a thing of the past! Who really wants those? Prizes include a new KTM 125 SX, a custom Monster Energy helmet, a trip to the James Stewart compound in Florida, signed jerseys from James Stewart, factory KYB suspension, VIP tickets to the Motocross of Nations and even more. Yes, more! The good news is some prizes will be awarded to random players, so you do not even need to be successful to win.

There is one requirement though. Those of us at MX Vice have invested a lot in order to grab prizes of that level. In order to be eligible a player simply needs to become a premium MX Manager member. A one-time payment of twelve pounds is required and then that is it! It is possible to create multiple fantasy teams and subscribe to the premium service with each of those, therefore increasing the chances of actually winning. It is like buying multiple tickets in a raffle! It makes sense really. Pay that tiny amount and get a free trip to Florida out of it. Not bad.

A lot of the changes that were implemented twelve months ago have been kept. There will still be unlimited transfers and new rider prices each week, as those changes went down a storm! A new change for this year is that you can now have up to five riders in each class, so there are endless strategies. Instead of just going for riders like Jeffrey Herlings and Antonio Cairoli, it may be worth ignoring those guys completely and just stacking up on the cheaper riders. If five of those riders can score around ten points (an average of fifteenth in each moto) then it would be more beneficial than going with elite guys. Cheaper too!

The bonus points for the guy who makes the most passes have been removed, which should make all users very happy. Did anyone really enjoy that? There is now no luck involved at all, which is important seeing as the prizes are so much better this year. There are still bonus points for the riders who get the holeshot (five points) and those who set the quickest lap time in their respective class on Sunday (five points). Any specific questions can be fired over to [email protected]

This is going to be the first time that players can select five riders in each class, so a maximum of ten overall, which is going to change the game completely. There is no way to know how that is going to play out! One thing is certain though, that being the fact that strategy will be even more important than before. Could it be better to stack guys like Adam Sterry, Anton Gole, Alessandro Lupino and more up in an attempt to pull in more points than the players who splash the cash on Jeffrey Herlings? It really could be. If it is a complete mudder then it is definitely worth a punt.

Who is actually good value heading into the opening round? Well, Jorge Prado is worth a gamble. There’s no way to guess how he will perform, seeing as he is just coming back. All that’s known is that he has been back on the bike for two weeks following a two-month break to try to recover from that broken femur. Would it not be safe to presume that he is going to get a decent start and then be able to hold on for a decent haul of points? Even a fourteenth would show value at €200,000, especially if he gets holeshot points on race day as well. What is the worst that could happen?

Henry Jacobi is another good pick at €200,000. Jacobi was terrible at the first round of the Italian series but somehow picked it up and was a solid top-five threat by the end of the month. One would think that he is capable of battling just outside of the top ten. Jeremy Van Horebeek is probably the safest bet at €250,000, as he is a good mud rider and typically comes out swinging at round one. There is something that just clicks for him at the start of each season, so it would not be surprising to see him slot into the top ten somewhere. There are so many guys who could do that though.

Pauls Jonass is another brilliant pick at €250,000. Although he skipped a race at Ottobiano in February with the flu, he is fine now and should be in that mix somewhere. The issue that a lot of these riders, and fantasy owners, will face is that the field is so deep that only a select few will be able to actually move through the field. What happens if Jonass starts sixteenth? There is a chance that he will be stuck around twelfth at the finish and then suddenly MX Manager players will be spewing. Just try to get solid points on the board this weekend. There is no point going boom or bust so early on.

The MX2 class is a much harder category to assess, as there are so many riders who will be higher up in the results than they were last year. Fifty percent of the top twenty-four riders in the final series standings last year have moved on! Conrad Mewse could be a great pick at €300,000, but then riding that wave and trying to predict what he is going to do could be an emotional experience. Rene Hofer may be a better pick, based on the off-season, but his price tag is slightly higher at €350,000. Slotting him into a team of cheaper guys takes up a considerable chunk of the budget.

It is tough to pinpoint a specific rider who has the potential to deliver the most return, but Wilson Todd is a good candidate. €250,000 is not a lot of money (relatively speaking) and he was in the top ten in the 250MX class in Lucas Oil Pro Motocross last year. That class is considerably tougher than MX2 will be this term, one could argue, so that bodes well. Bailey Malkiewicz may be worth a punt at €200,000, but he is much less experienced than his countrymen. All of these thoughts could end up being irrelevant if the weather turns anyway!