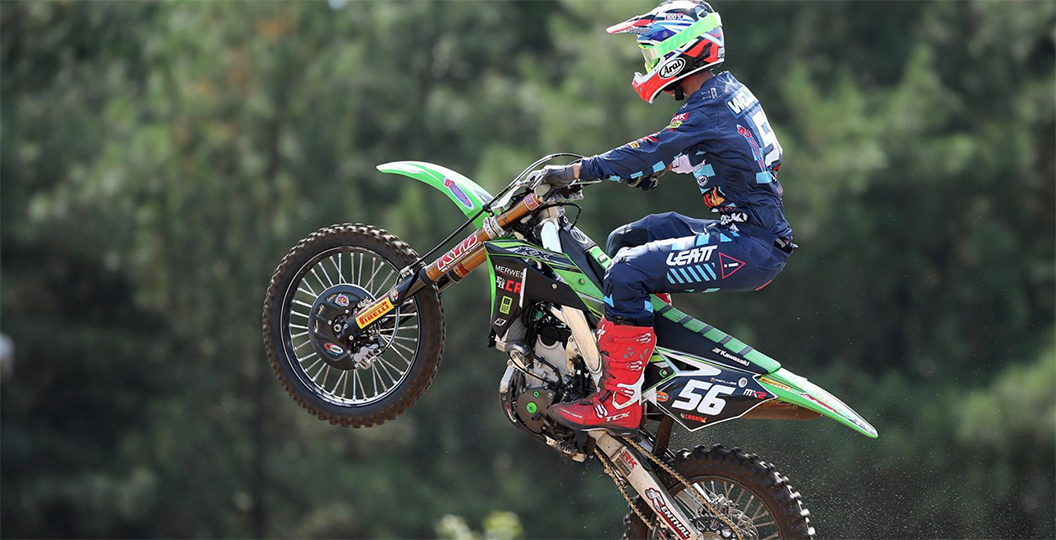 Marshal Weltin made a shock move from Vamo Honda to F&H Racing Kawasaki in the days prior to the Grand Prix of Belgium. Arguably the most surprising part of the switch was that the deal with F&H was initially just for a single round, Lommel, so it was certainly a bit of a gamble ahead of the toughest race of the year.

It has now been confirmed that the gamble paid off and his deal has been extended, however, so he will stick with the team that lost Jed Beaton to injury through the remaining five rounds of the FIM Motocross World Championship. “For the @MXGP of Belgium, @FHRacingTeam stepped up and helped me out with a fill-in spot for the race,” Weltin wrote on social media. “I’m grateful for the opportunity they gave me and want to give a big thanks for all they have done so far. I have decided to part ways with my previous team and it’s looking like I will be finishing the season on green.”

A fourteenth and a tenth gave Weltin eleventh overall in his debut with F&H. Weltin runs twenty-fifth in the championship standings with five rounds to go, but could begin to push for a spot in the top twenty.