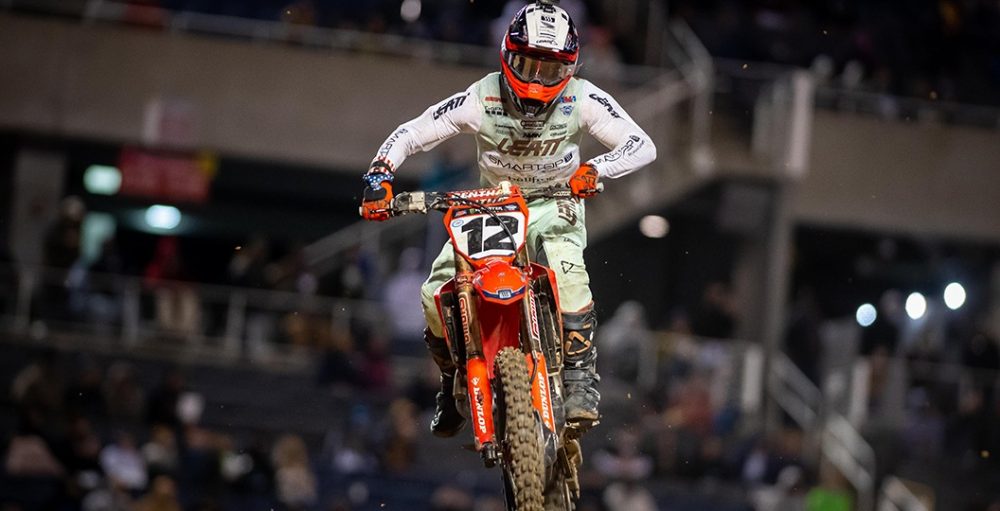 Remember Shane McElrath? The 450SX rookie barely got going in 2021 Monster Energy Supercross, as he was first sidelined with a shoulder injury and then later saw his season come to a premature end with a back issue. Now, seeing as the MotoConcepts outfit is a supercross-only team, he faces a summer without any races and an uncertain future. McElrath released the following statement to thank the team for their efforts and effectively bid farewell.

“I want to say a big thank you to the @SmarTopSpaCover @Bullfrog_Spas @Honda_Powersports_US team and Mike Genova and @TAlessi800801 on giving me an opportunity as a rookie in the 450 class. Also got to work with a great mechanic, @AaronMrozek. I only got to line up for three races after dealing with two different injuries, which is pretty disappointing for myself and the team. Mike and Tony continued to give me the very best opportunity regardless of what we were facing and I’m thankful to have gotten to know them both and learn so much from them! Thanks to all the other team supporters because you guys make it all worth it, until next time guys.”

McElrath raced two main events (he did not qualify in his third and final attempt) and recorded a seventeenth and a fourteenth. The MotoConcepts outfit is heavily rumoured to head to arenacross next year, meaning that he has no real ties to a squad for 2022 Monster Energy Supercross. The same would go for Benny Bloss and Broc Tickle. Vince Friese is thought to be following the team into arenacross.