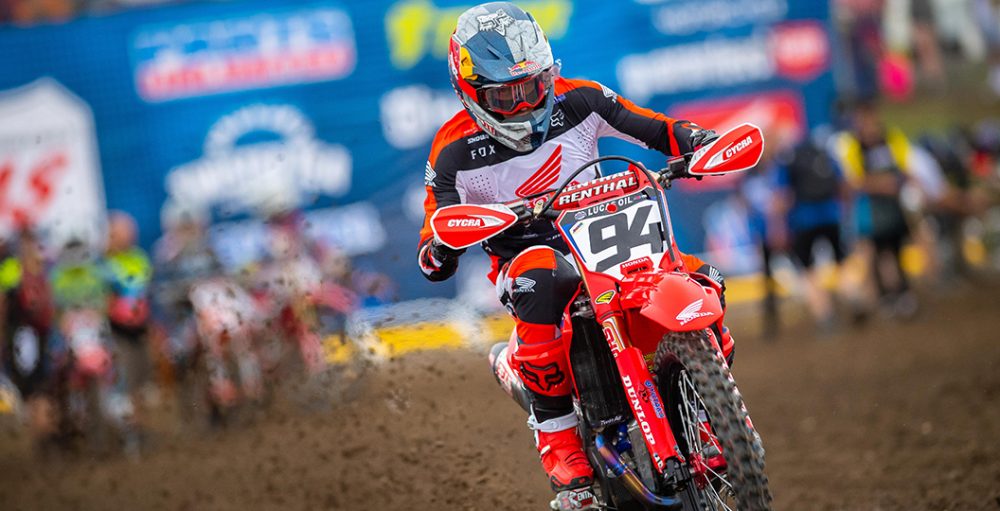 It was thought that Ken Roczen could be heading to Europe for the 2021 Motocross of Nations, as rumours started to circulate last week. Roczen addressed the hot topic in the post-race press conference, following his win at round eight of 2021 Lucas Oil Pro Motocross. It sounds as though the event was on his agenda, but he eventually opted out after considering the many factors at play.

“I really wanted to race. I was ready to go and whatnot. Now, after further review, also with Honda and the difficult times, just with the whole COVID situation and parts… Of course the situation over in Europe [too]. I just feel like there is a lot of uncertainty as of right now. Obviously it is happening, but who knows if fans will be allowed? A lot of riders, like Marvin [Musquin] said, are not going to race. I feel like the pros and cons… There was a little more on the cons side for me. It is such a special race that I feel like if you cannot do it all the way then do not do it at all type thing.”

Germany could have one of their strongest Motocross of Nations teams in recent memory, if all of the cards would fall into place, now that Henry Jacobi is a 450F regular and Simon Langenfelder has made his mark in the MX2 category. It sounds as though that will not come to fruition this season, so they will have to turn to riders like Maximilian Spies and Lion Florian. Max Nagl is still racing at a domestic level as well.

Roczen still has a shot at the 450MX crown in 2021 Lucas Oil Pro Motocross, especially after sweeping the two motos at Unadilla. 39 points is the difference between him and Dylan Ferrandis, the championship leader, who will not be racing at the Motocross of Nations either. Team France has already been named as Marvin Musquin, Tom Vialle and Mathys Boisrame.