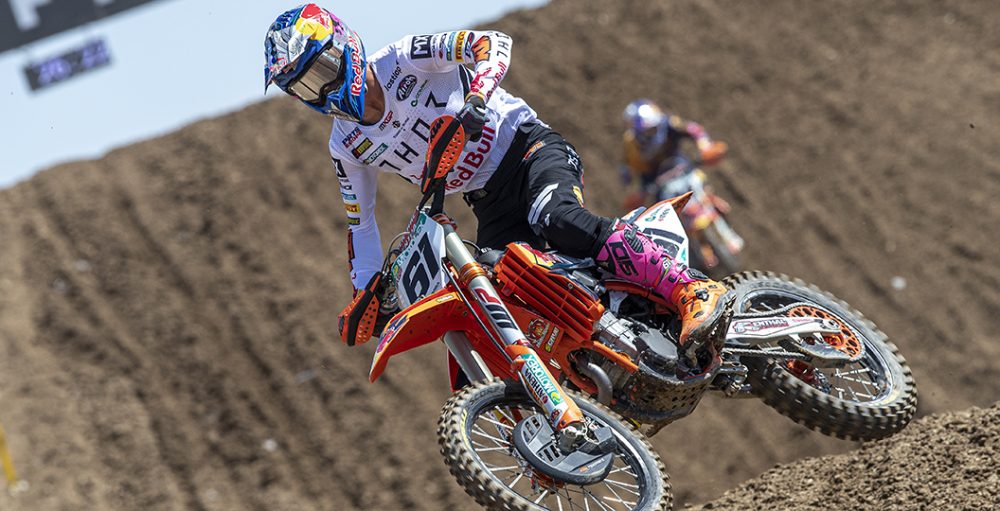 Jorge Prado has a signed contract with KTM Factory Racing until the end of the 2023 FIM Motocross World Championship, after signing a four-year contract ahead of the 2020 campaign. However, despite that bit of paper, he was still at the centre of off-season discussions, as rumours surfaced that he was in talks with some other manufacturers about making a switch at the end of the season.

These rumours surfaced without any comment or insight from Prado, as is typically the case, but he jumped on the MX Vice post-race podcasts presented by FLY Racing at the Grand Prix of Turkey and tackled a query about his future. Confirming that his contract was indeed going to be fulfilled, he revealed that he will be back with that KTM AG group for the remainder of his contract.

“I have a contract with KTM until 2023. I will just leave it like that. I am happy where I am, so everything is alright. I feel good – that is it. I feel good with the team, the bike and the brand. That is important.”

There have been discussions about whether Prado is truly happy at KTM Factory Racing, something that has become more of a talking point ever since some intense battles with his teammates have aired. Those questions are always going to arise when a team houses two championship contenders; an internal battle for supremacy is almost inevitable. 11 points separate Antonio Cairoli and Prado in the championship standings.

It remains to be seen how Claudio De Carli’s team will be structured in 2022. Antonio Cairoli’s future is uncertain, as his contract is actually up at the end of this year and he is flirting with the idea of retirement. There have also been rumours floating around that De Carli could run the GASGAS Factory Racing effort in 2022, meaning that Dirk Gruebel’s squad would be the only Red Bull KTM Factory Racing effort.

MX Vice has been invited to a special KTM Factory Racing press conference in Rome on September 14, where more will inevitably be revealed.