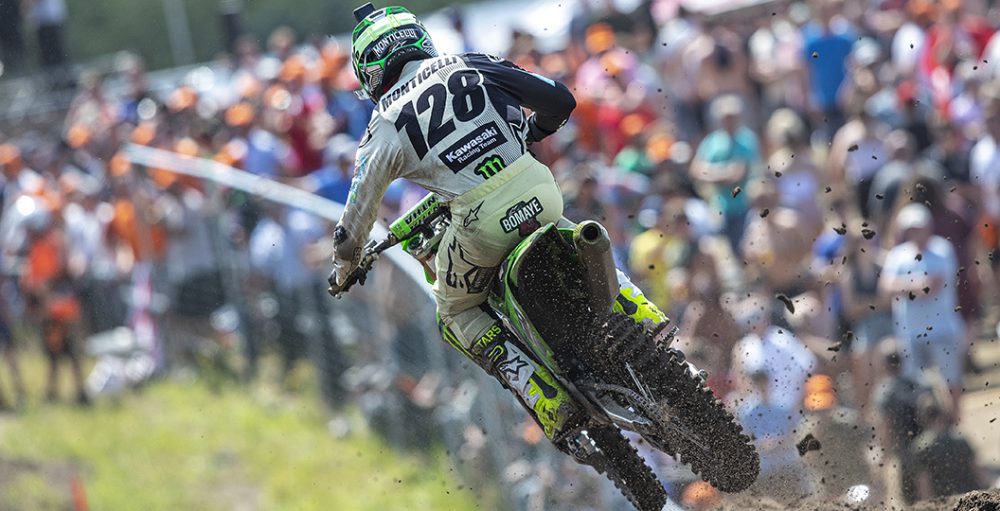 Fans were angered when Ivo Monticelli released an update about his Dutch Grand Prix on social media, without so much of a reference to the incident with Jeffrey Herlings. Monticelli has referenced it elsewhere, however, as this quote can be found within the Monster Energy KRT press release. The reason for Herlings jumping short, as mentioned by Monticelli, was because his holeshot device did not disengage.

“Everyone always tries to push on the first lap. I arrived at the uphill jump and Jeffrey jumped short. I was already in the air and couldn’t miss him. I’m OK. I am so sorry for Jeffrey but this is our sport. The bike was damaged but I got back up after everyone else had gone past and found a good rhythm to finish eighteenth. My start was OK in the second race too but Hoff crashed in front of me at the second turn and I went out into the deep mud on the outside of the turn to avoid him. I was twentieth but I came back to tenth before Seewer passed me a few laps from the end. I rode two good motos with no mistakes and good speed today so I am confident for the future.”

In the same press release, Kawasaki rehashed the incident and declared that Monticelli was at no fault. Somewhat odd to see a manufacturer go into such detail about an incident involving another rider, although one as significant as this perhaps warrants it.

“On the uphill jump he crashed spectacularly when the rider just ahead of him suffered a technical problem which caused him to jump short. The Kawasaki rider, already fully committed to the jump, was not at fault but the collision relegated him to the rear of the field before putting in a determined ride to finish eighteenth.”

Monticelli has had a horrid start to his time in green, as he failed to score points at the first two rounds of the 2021 FIM Motocross World Championship. An eleventh in the second moto in The Netherlands was his highest ranking – he has entered the top fifteen in just two of the eight motos that have been run thus far. Twenty-third is where he sits in the premier class championship standings.