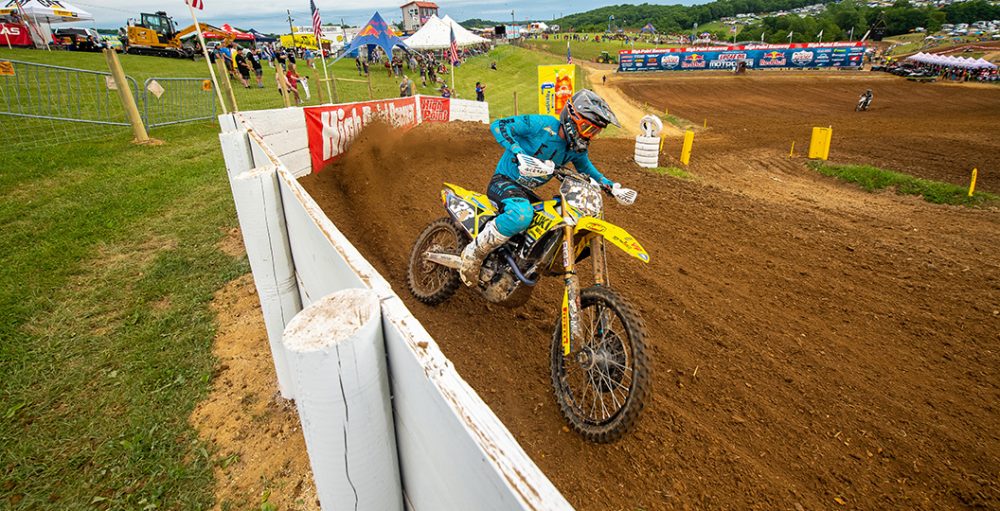 Derek Drake, of BarX Motorsports Suzuki, has released a statement on social media that explains that he will undergo heart surgery later this month. Drake has dealt with a rare heart condition for his entire life and, sadly, it is having more of an impact on his professional career than he would have liked. The lengthy quote from Drake can be found below. The good news is that he is certain that he will return to racing at the very highest level!

“Alright time to set the record straight. Since I can remember I’ve had to manage and live with a rare heart condition. I never knew this condition would affect me so much when it came to my fitness and health as a pro athlete. The last two years I’ve been training and suffering everyday and I’ve been getting nowhere. I just thought I needed to train harder, and I just buried myself. In amateurs I could get by because the longest motos we had to do were 20 minutes at LL.

“But as a pro athlete it’s holding me back from getting to the level of fitness I know I need to train at and be consistent with. I decided to put my health first and this month I plan to undergo heart surgery in hopes that I can move forward with ease and heal my body properly. I am taking some time off to get better and I will be back. I can’t thank my family and inner circle enough for going above and beyond for me. I couldn’t be doing this without them. – DD”

Drake has scored nine points through the first three rounds of 2021 Lucas Pro Motocross, with a season-best finish of fourteenth in moto one at High Point. The way that he has performed has actually been greater than his results would indicate – he has worked his way up from the back of the pack more often than not. Twenty-third is his ranking in the 250MX class.

BarX Motorsports Suzuki will be represented by Dilan Schwartz, who has arguably been the most impressive rider in 250MX thus far this season, at round four at RedBud on Saturday, July 03. Schwartz is eleventh in the championship standings currently and has appeared in the top ten in two of the first six motos. Sean Cantrell and John Short are no longer a part of the team.