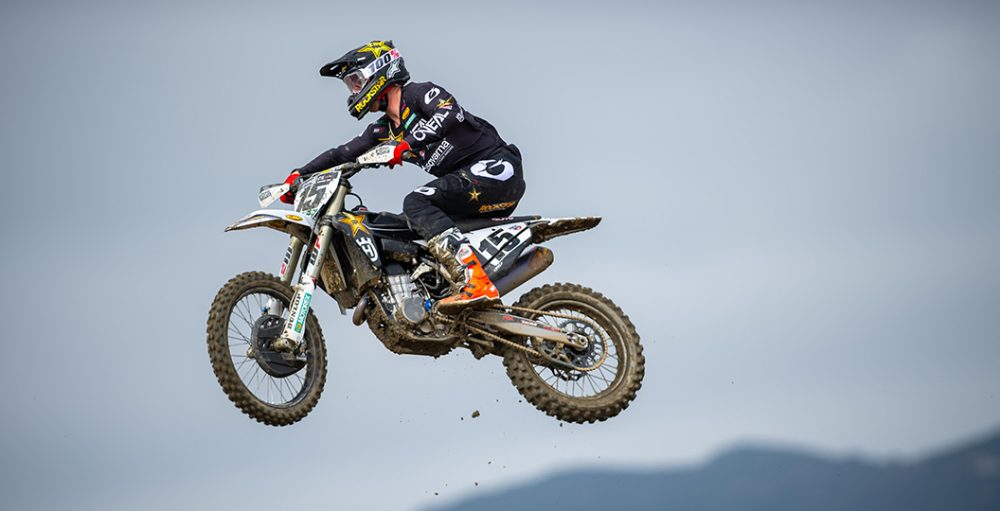 Dean Wilson had a tricky start to 2021 Lucas Oil Pro Motocross, much trickier than those who he expected to be battling with. A fourteenth in moto one was a reasonable start to the season, even though it was not what he wanted, but a hard crash in moto two left him battered and bruised. Truthfully, he is fairly lucky to be in one piece and able to race at Thunder Valley next weekend.

“First round is off! Not my best day. Had a little fall second moto and got a handlebar to the gut and my [woozy face emoji]. I thought something serious happened at first. As it felt like a samurai sword (signed by Randy Jackson) had took my willy right off. I also hit my insides hard and knocked wind out myself. It wasn’t a bad fall just got caught at the wrong spot. Safe to say we are a little roughened up but we will fight to live another day. See ya in Lakewood.”

Wilson currently sits seventeenth in the 450MX championship standings, after acquiring just seven points at Fox Raceway. The next round of 2021 Lucas Oil Pro Motocross, Thunder Valley, will take place this weekend, then there will be a weekend off that will allow Wilson to regroup.