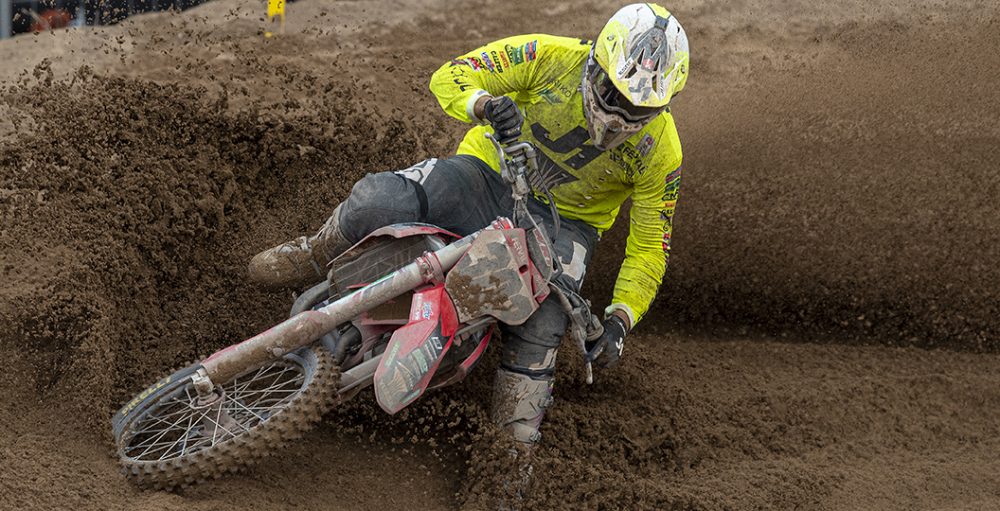 Alberto Forato was just phenomenal at the Grand Prix of Afyon, but struggled to find that form at the Grand Prix of Sardegna this past weekend. Forato experienced multiple problems throughout the event and ultimately ended up in the medical centre on Sunday evening, due to dehydration and the impact of the intense heat. It sounds as though he was given an IV to help him deal with that. Still, he did manage to finish sixteenth in the moto.

A positive to take from the day is that he was as high as tenth late in that second stint, before fading rapidly with heat exhaustion. No points were scored in moto one, because of a mechanical issue that popped up on lap three and eventually caused him to grind to a halt with just a couple of laps remaining. Forato is sat in twentieth in the championship standings, behind veterans like Shaun Simpson and Arnaud Tonus.

“Today was not one of my best races. The timed sessions went well but I did not complete a lap as I wanted. In race one, I had technical problems starting from the third lap and with three laps to go I had to retire. In the second race I was tenth one lap from the end, but completely short of energy reserves. Unfortunately, a small crash sent me back to sixteenth. I had to go to the medical centre at the end of the race to be rehydrated and to see that everything was ok. Now I need some rest and then I will start training again. I am really sorry for today! Thanks to my team and all the people who support me.”

There could be a chance that Forato gets a call to represent Team Italy at the 2021 Motocross of Nations, as Antonio Cairoli is still questionable for the race after a horrific fall at the Grand Prix of Sardegna. Forato would be the logical choice to replace him, if he opts to sit on the sidelines, as both Ivo Monticelli and Michele Cervellin are injured. Mattia Guadagnini (MX2) and Alessandro Lupino (Open) will make up the rest of Team Italy.