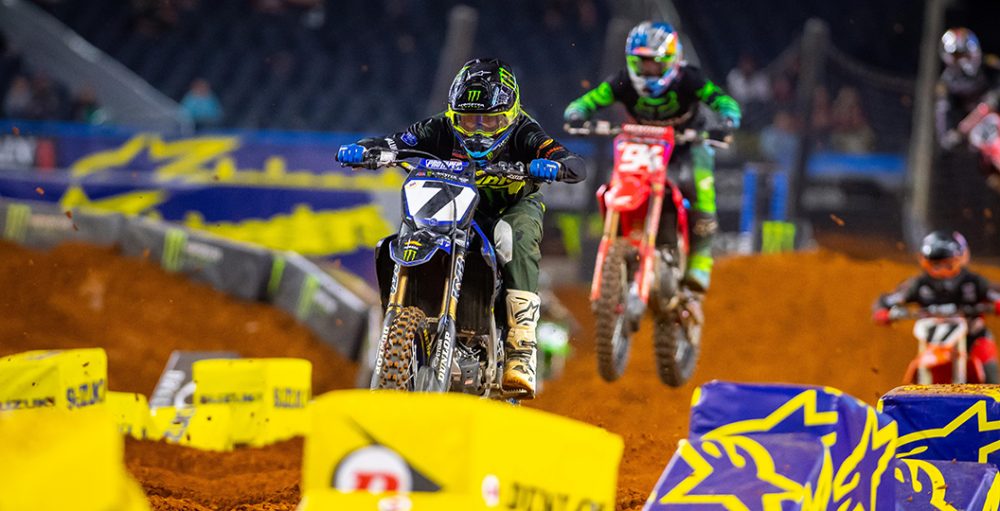 “Just wanted to say WOW, what a stage in my life. So honoured to have been a part of this amazing team for this long. @YamahaMotorUSA and @DonnieLuce54 took a chance on me in 2008 then @StarRacingYamaha brought me on board in 2013 and It paid off to say the least. I can’t thank these guys enough for everything they have done for me and for sticking with me through the hard times. We have accomplished a lot and I couldn’t be more proud of what we accomplished this year! I’ve been with @Swanie387 since 2014 and man we’ve had some damn good times from my first podiums, to my first wins, which turned into two championships.

“Wouldn’t trade it for nothin’! Then @KJC_Fitted was the #1 mechanic this year no doubt, we had so much fun this year and it showed! Wish I could have gotten a win for us, but we did pretty good I’d say. But to everyone involved in this program I say THANK YOU for getting me to where I am! As for future plans y’all are gonna have to wait just a few more days, we have something good in store.”

Plessinger has spent his entire career with Monster Energy Star Racing Yamaha, aside from two seasons over at Monster Energy Yamaha Factory Racing. It is rather tricky to envision him on anything other than a blue bike at this point! The 250SX and 250MX titles that Plessinger secured in 2018 will go down as bright spots in his time at Yamaha. 2021 Monster Energy Supercross was another highlight – he broke through on the bigger bike and took his first 450SX podium finish at Daytona.