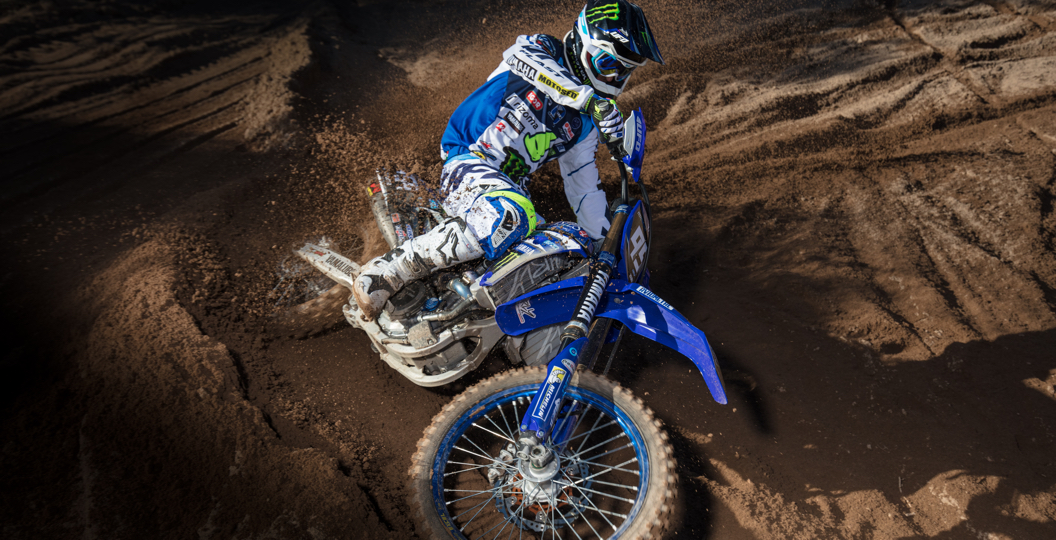 A challenging pre-season for the ASTES4-TESAR Yamaha Official EMX250 team sees two riders out with injuries this month. Maxime Renaux sustained a broken Humerus after he was landed on by another rider who had lost control on a jump face at the first round of the French Championship in Saint Jean d’Angely, whilst Roan van de Moosdijk broke his Tibia without crashing when he caught his foot on a rut and twisted his ankle at the ONK Dutch Championship in Markelo.

With both Renaux and van de Moosdijk out for the opening rounds of the 2017 EMX250 Championship, ASTES4-TESAR Yamaha Official EMX250 have called upon two temporary replacement riders to fly the flag for Yamaha and the team. Slovenian youngster Jan Pancar will replace Renaux while the 2015 EMX250 Champion Nick Kouwenberg will replace his Dutch compatriot van de Moosdijk.

Erik Eggens (Yamaha Off-Road Racing Manager): “We want to make the best out of an unfortunate situation, and that’s why we had to look for two good riders to replace Maxime and Roan in the rounds they can’t ride. We feel Jan Pancar and Nick Kouwenberg are perfect replacements. Jan is young and for him it will be an excellent experience. He has had a long relationship with Yamaha and it is exciting for him to have this opportunity where he will have all the tools he needs to succeed. Having Jan goes hand-in-hand with Yamaha’s philosophy of developing and nurturing young talent, and helping them reach the premier classes of MX2 and MXGP.

“With Nick, it is nice to see him back on a Yamaha again, especially as he is expected to be a solid contender for the EMX250 title. I know he has the speed and the ability to fight for the championship. It will also be good for him to have the full support of a professional team that is prepared to help him further develop as a rider and help him achieve everything he can.”