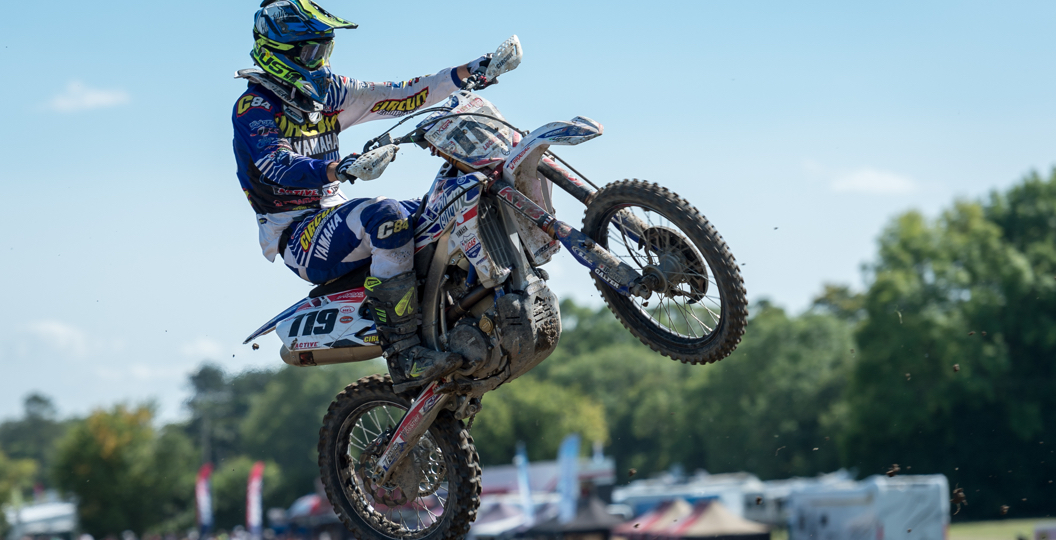 It is with great pleasure the Rob Hooper Racing Yamaha Motocross Racing team announce the signings of Kristian Whatley and Ryan Houghton for the 2018 season.

Rob Hooper Racing, an official Yamaha UK Motocross team will be competing in the Maxxis British Motocross Championships, the Michelin MX Nationals, the Bridgestone Masters as well as other selected National events around the country.

Whatley’s inclusion comes as no surprise to many, with the rumour mill doing overtime in recent months, but as with everything many facets need to fall into place before it can be officially released. As you can imagine, Team owner Rob Hooper is delighted with his signings, commenting, “It’s been a long few months, with lots to organise and arrange so it’s great that we can finally officially announce our 2018 line up”.

The Whatley name is no stranger to the team either, as going back to the late 1980’s Kristian’s father Jeremy was taken under Hooper’s wing for the then Suzuki team. As with Kristian, Jeremy was a tremendous natural talent coming 3rd in the World in the 250 class in 1984. In fact in both Jeremy and Rob’s first season as Rider & Team Manager they won the British 250cc Motocross Championships.  Hooper said of this historic link “It’s fantastic to welcome Kristian onto the team.  Everyone know’s what he is capable of, and with an injury free season on the new Yamaha YZF450 we feel we are in for a great season.  Kristian like his Father Jeremy, comes to us at an important time of his career, when he is reaching his peak, and like we did with Jem, we are very much looking forward to helping him achieve great things”.

It’s been an injury blighted few years for Whatley, but you only have to look back to 2013 when he was Yamaha mounted to know that he has the speed, grit and determination to win titles, achieving an amazing double that season, winning both the Maxxis British Motocross Championship’s and the now defunct Red Bull Pro National Series.

Kristian said of joining his new team “I am really excited to be onboard a Yamaha again. Since my injury I have been working really hard to ensure I am in the best condition possible for when the season begins. I am also looking forward to working with Rob who I know had a fantastic relationship with my Dad and I can’t wait for the season to begin”.

The other name on the Team sheet, Ryan Houghton is no stranger to riding a Yamaha having rode for the I-Fly JK Yamaha team during 2017 in both the Maxxis British Championships and at selected MXGP rounds.

“Ryan is my sort of rider,” said Hooper. “He digs deep and keeps working hard throughout a moto. You only have to look at some of the wet MXGP rounds when he toughed it out to finish the moto in extreme conditions.  To win a championship, however tough it gets, you have to keep working for every point and we can see that in Ryan and we are very happy to welcome him to the team.”

Houghton finished the Maxxis British Championship in 7th place, but he is aiming much higher for 2018 saying “I really enjoyed riding the Yamaha in 2017. With what I have learnt last season, and with the support of Rob, Yamaha and the team I feel we are capable of a rostrum position and more in 2018.”

The Rob Hooper Yamaha Team will be announcing a supported 250 rider soon.