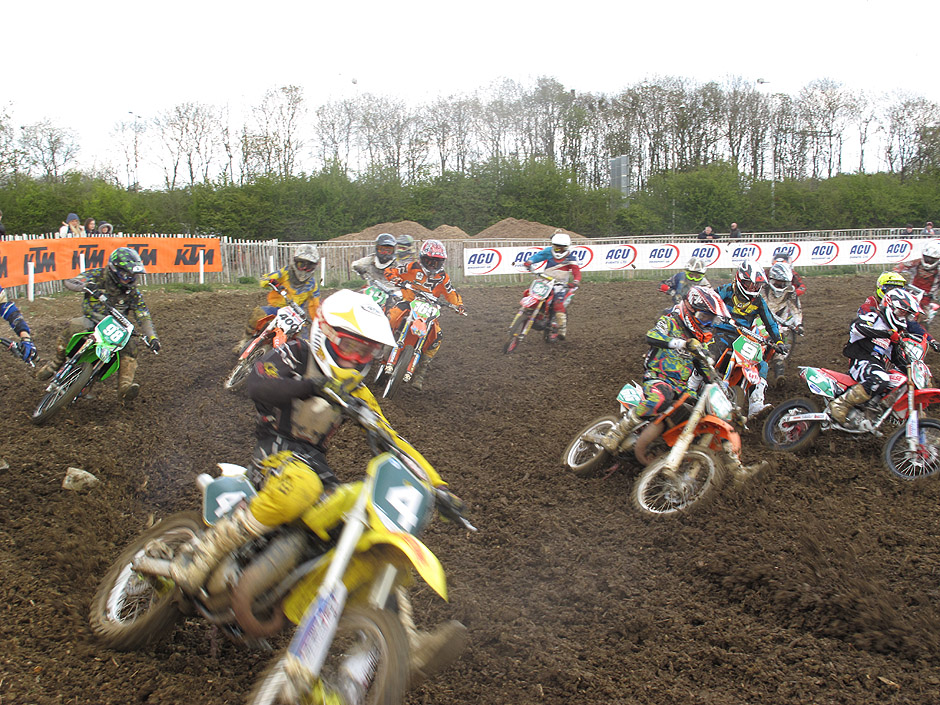 What happened at the first BYN round?

We’ll tell you what…. some good racing! We were there for the Saturday and there were some good battles in all the groups. Of course all eyes are on the BYN (British Youth Nationals – formally the BYMX)  this year with Gareth Hockey and his team taking over and it was good to see that they are trying to raise the bar. Following some criticism of the series it’s was good to see they’re making more of an effort. There was more colour and vibrancy and they launched their new ideas for the ACU academy is now open to all riders competing in the series and to be fair it’s not a moment too soon.

In Gareth’s own words ‘maybe the ACU have had the kick up the backside they need, let’s see what happens. Hope you will change your mind over the next few months and approve of the planned investment in young British talent. We can’t change 10years of sitting behind a badge in one weekend , but we will over next 3 years.’ Well we certainly hope so at MX Vice because we agree with Michael Jackson when he said ‘children are our future’ (there’s a que for a bad joke there, but we’ll decline the opportunity this time around!)

It’ll be interesting to see how the next three years of Gareth’s masterplan for the new look BYN turns out. Right now there’s a lot of competition regarding the various championships, but just like being a racer, we see competition as a healthy thing. If everyone is pushing to be the best then our sport has more chance of becoming known to the public as each series keeps the other on their toes and that’s got to be a good thing. Then the more riders racing the more need for different series. Then the choice of what championship to race is solely up to the rider and their sponsors. It’s like dining out really and having a choice on the menu. When you’re at McDonalds most of us probably know what we want before we get there but it’s nice to have choices isn’t it? Championships are not easy to win, no matter who they with and anyone who becomes a champion should take pride and receive the credit.

Whether you race the BYN or not, or not race at all, we for one wish Gareth and the BYN series all the best with his efforts in trying to improve the it and we hope you do too. You can make a start by logging on their website here and reading the first round report and checking out the video and photo gallery. Here’s a little one from us to whet your appetite before you do.